PM Modi said unlike 'many cases' where family is the party, for the BJP 'the party is family.' 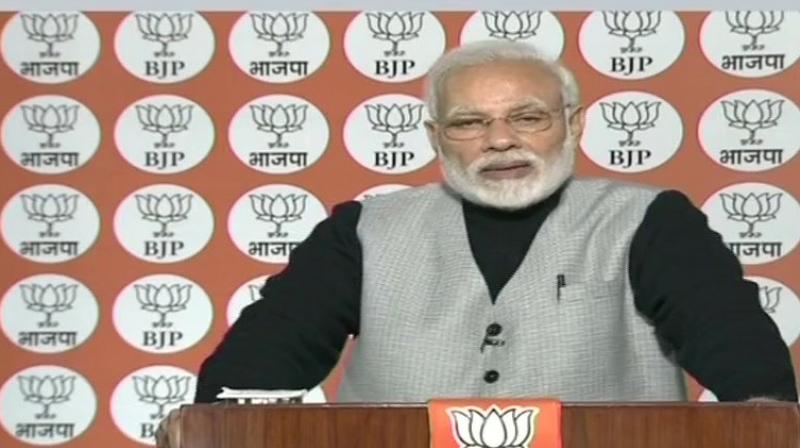 New Delhi: Addressing party workers, PM Modi says for BJP "the party is family" Prime Minister Narendra Modi said on Wednesday that democracy runs in the veins of the Bharatiya Janata Party, while for many other parties family is all that mattered. The Prime Minister's remark came hours after the Nehru-Gandhi family scion Priyanka Gandhi Vadra formally entered politics.

Interacting with BJP booth workers from Baramati, Gadchiroli, Hingoli, Nanded and Nandurbar in Maharashtra, PM Modi said unlike "many cases" where family is the party, for the BJP "the party is family."

In an apparent reference to Priyanka Gandhi Vadra, who has been appointed a Congress general secretary and made in-charge of eastern Uttar Pradesh by her brother Rahul Gandhi, Prime Minister Modi said that in his party, the BJP, "decisions are not taken on the wishes of one family."

"In our party, decisions are taken on the basis of what party workers want," he said.

PM Modi also said that the BJP is driven by democratic principles. "Democracy runs in the veins of the BJP, which is why people of the country feel closer to the party."

Priyanka Gandhi Vadra will take over her new assignment from the first week of February, a statement from the party said. The 47-year-old will assist her brother Rahul Gandhi and UPA chairperson Sonia Gandhi in the Hindi heartland state.

"I am very happy that my sister Priyanka will assist me in Uttar Pradesh in the Lok Sabha polls, she is very capable," Rahul Gandhi said, adding "we won't play on the back foot, we will play on the front foot, be it Gujarat or Uttar Pradesh."

On Wednesday, Priyanka Gandhi Vadra's husband Robert Vadra was one of the first to welcome her decision to join politics. In a Facebook post, he said, "Congratulations P... always by your side in every phase of your life. Give it your best."