UP polls: Shivpal not in Akhilesh Yadav's star campaigners list 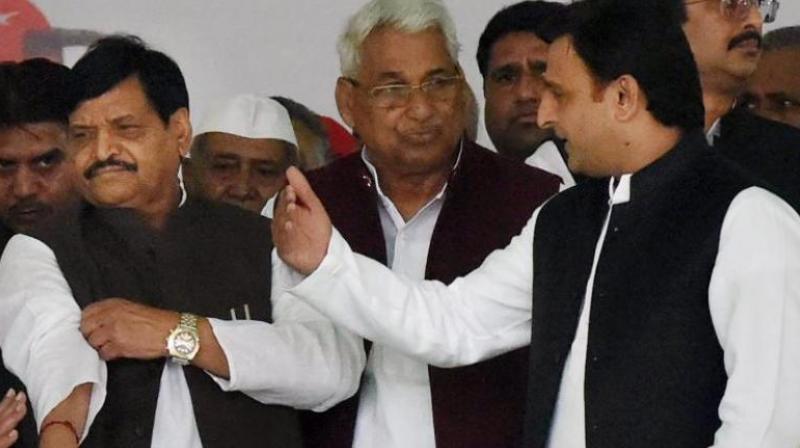 Lucknow: The bitter power game within the Mulayam clan appeared to be festering today with Chief Minister Akhilesh Yadav, in his new role as Samajwadi Party chief, leaving out his warring uncle Shivpal Yadav from the list of party's star campaigners for the Uttar Pradesh Assembly polls.

The ruling party on Tuesday gave a list of its 40 star campaigners to the Election Commission, but it had no mention of Shivpal, who was engaged in a bitter war with his nephew.

The list, which was sent to the poll panel in Delhi by SP National General Secretary Ramgopal Yadav, contains names of party patron Mulayam Singh Yadav, Akhilesh and 38 other leaders, keeping Shivpal out.

Incidentally, Shivpal was not present at the press conference where Akhilesh released the party's manifesto on January 22. Even SP patron Mulayam Singh Yadav was conspicuous by his absence though he turned up at the SP headquarters long after the event was over, blaming his delay on traffic chaos.

UP will go for polls in seven phases beginning February 11.