The suspect is being interrogated by the officials. 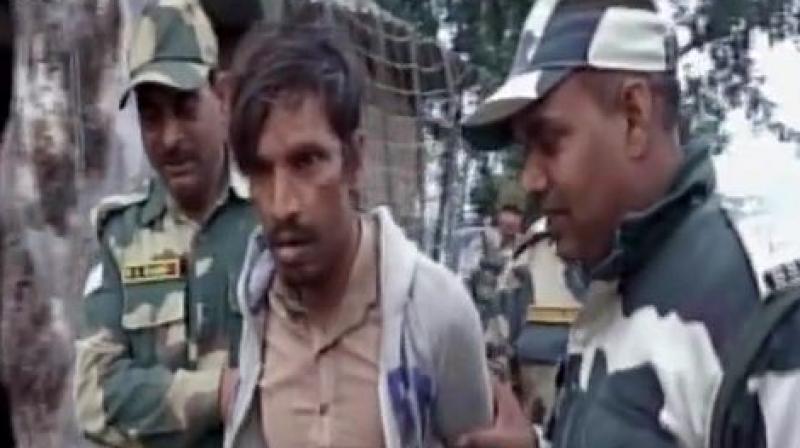 The Border Security Force on Tuesday apprehended a Pakistani national near International Border in RS Pura sector of Jammu and Kashmir. (Photo: Twitter/ANI)

The suspect is being interrogated by the officials.

Earlier in September last year, the BSF troops arrested a Pakistani national in Pragwal Sector of Akhnoor and said he was an activist of Pakistan-based Lashker-e-Toiba (LeT) terror outfit.