The complainants accompanied a police team that seized huge quantity of spiced alcohol hidden in houses of around 12 people of Beda village. 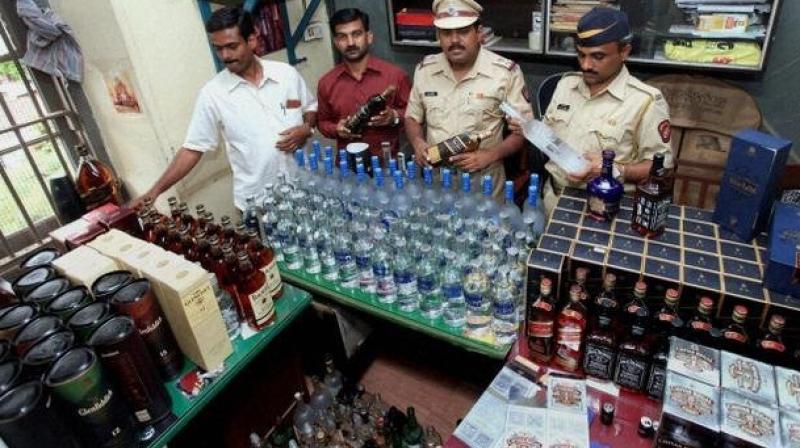 Sasaram: Six school girls were allegedly beaten up by liquor traders after villagers of Beda in Bihar’s Rohtas district alerted police about the illegal manufacture of brew in the area.

Three persons of Beda have been arrested on charge of keeping liquor as well beating up natives of adjacent Banrasiya including the six girls, Superintendent of Police Manavjit Singh Dhillon said today.

The girls, while returning from school on Monday, were targeted by liquor manufacturers of Beda village and beaten severely after which they were taken to hospital, the SP said adding the girls have been discharged from hospital after treatment.

Elaborating on the chain of events, the senior officer said on Sunday last few people of neighbouring Banrasiya village had informed the police about illegal manufacture of country liquor at Beda village.

The complainants accompanied a police team that seized huge quantity of spiced alcohol hidden in houses of around 12 people of Beda village.

Angry over the complaint, the people whose liquor was seized fought with natives of Banrasiya village who had informed the police.

They then turned their ire on six girls of Banrasiya village, accusing them of alerting the cops and thrashed them.

As the police swung into action after the girls’ assault, three persons were arrested from Beda village.

They were charged under sections of Excise Act as well as attacking complainants and the girls, Station House Officer of Muffasil police station Birendra Prasad Yadav said.