India   All India  23 Dec 2019  People wouldn't have died had PM given 'clarification' on NRC: Sanjay Singh
India, All India

People wouldn't have died had PM given 'clarification' on NRC: Sanjay Singh

Singh further stated that an atmosphere of 'fear' took place in Assam after the NRC was implemented there. 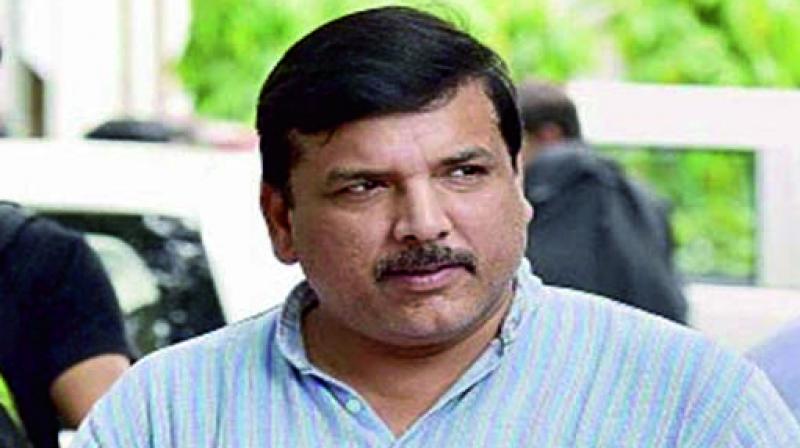 Singh further said that if any such statement officially comes from the government, then there will be a peaceful atmosphere across the country. (Photo: File)

New Delhi: Aam Aadmi Party (AAP) MP Sanjay Singh on Sunday said that if Prime Minister Narendra Modi would have given a ''clarification'' on the National Register of Citizens (NRC) earlier, then the people would not have died and violence would not have erupted across the country.

Singh further stated that an atmosphere of ''fear'' took place in Assam after the NRC was implemented there.

"Similar kind of atmosphere took place across the country regarding the NRC. In his rally, PM Modi has stated today that no proposal has been made before the Cabinet regarding the NRC. It means in a way he signalled the NRC might not be implemented," said Singh.

At a rally earlier on Sunday, Prime Minister Modi accused the opposition parties of spreading lies about the Citizenship Amendment Act (CAA) and the proposed NRC and asserted that the CAA and the NRC would not apply to the Muslims of the country.

Prime Minister Modi said that the rumours of detention centres being spread by "Congress and urban Naxals" were false. He said the new law was not applicable to citizens of the country.

"A lot of lies are being spread about the NRC as well. It was made during the Congress regime. Where were the protesters then? We did not make it nor did we bring it to the Parliament or announce it," said PM Modi.

Singh further said that if any such statement officially comes from the government, then there will be a peaceful atmosphere across the country.

"He (PM Modi) has not taken the APP's name at all for spreading violence. AAP doesn't spread violence and hatred. We do not believe in such politics. As far as his comments on the NRC are concerned, Union Home Minister Amit Shah himself said in the Parliament and several TV interviews that the NRC will be implemented across the country," he added.

"BJP is, again and again, saying that the NRC will be implemented across the country. In Assam, almost 19 lakh people have been excluded from the NRC list, who do not have their documents anywhere. People are so bothered. Such a situation might take place across the country if the NRC is implemented," said Singh.

Singh further said the BJP has clearly ''cheated'' the people residing in the unauthorised colonies.