India   All India  23 Dec 2017  Are suicides in this tribe a form of euthanasia?
India, All India

Are suicides in this tribe a form of euthanasia?

The practice, locally known as ‘Misi-muh’, entailed an elaborate performance of rituals associated with death. 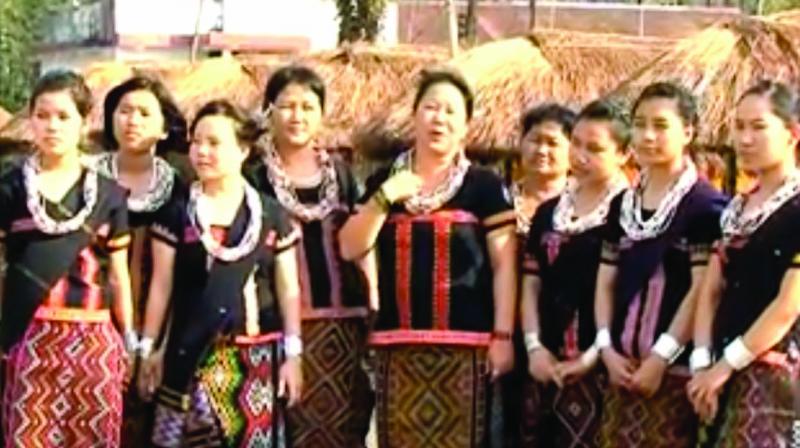 Guwahati: Though the ethics of euthanasia have been widely debated in India, it has been an age-old practice for the Idu Mishmi tribe of Arunachal Pradesh. The custom of giving death to the terminally ill, in 36 different forms, has died down over the decades, but the tribe is now seeing a spurt in suicides, raising an alarm among researchers if the age-old practice has manifested itself in a new form.

A study conducted by Tarun Mene, assistant professor of Arunachal Institute of Tribal Studies under Rajiv Gandhi University in Arunachal Pradesh and Sarit K. Chaudhuri of Bhopal-based Indira Gandhi Rashtriya Manav Sanghrahalaya found that till the early 90s, members of the tribe have been carrying out a practice similar to euthanasia for terminally ill members of the community. They carried out their traditional euthanasia mainly by asphyxiation.

Terminally ill persons going through extreme suffering were either buried alive or confined to a small room made of stone and plastered with mud to block the passage of air.

The practice, locally known as ‘Misi-muh’, entailed an elaborate performance of rituals associated with death. “The method used in assisting euthanasia among the Idu Mishmis is in sync with the prescribed custom of disposition of the dead among them. Since the dead have to be buried as per the prevailing custom, the same method is followed also in the case of assisting euthanasia,” he said.

Mr Mene, a member of Idu Mishmi tribe, said since the early 1990s, the practice has started dying with the last instances of ‘Misi-muh’ being held between 1990 and 1994. He attributed many reasons for this, such as the improvement of medical facilities, which has made it possible to cure more diseases and also legal interventions.

Mr Mene, however, argues that with the dying out of the practice, there has been a rise in cases of suicides. “It is interesting that with the end of euthanasia, there has been a sharp rise in suicide cases in the community. I am now researching on this correlation. I have to find out why the stoppage of euthanasia is leading to rise in suicides,” he said.

The researchers have traced 36 cases of different forms of euthanasia among the tribe. They collated the information by interviewing the members of the community. A paper titled ‘Euthanasia among the Idu Mishmis of Arunachal Pradesh: Understanding issues and concerns of a frontier tribe’ was published in the Journal of the Indian Anthropological Society. The paper has also mentioned a practice similar to euthanasia by the tribe.

It pointed out that the Idu Mishmis used to opt for a practice similar to euthanasia only after the Shaman (Igu) had failed to cure a diseased person.

Even though the term ‘euthanasia’ was unknown to most of its practitioners, the research scholars carried out their study in accordance with the principle of ‘mercy killing’.

In India, the SC legalised passive euthanasia on 7 March, 2011, by means of the withdrawal of life support to patients in a permanent vegetative state.