“I have asked Indian ambassador in Norway to send me a report,” Ms Swaraj tweeted. 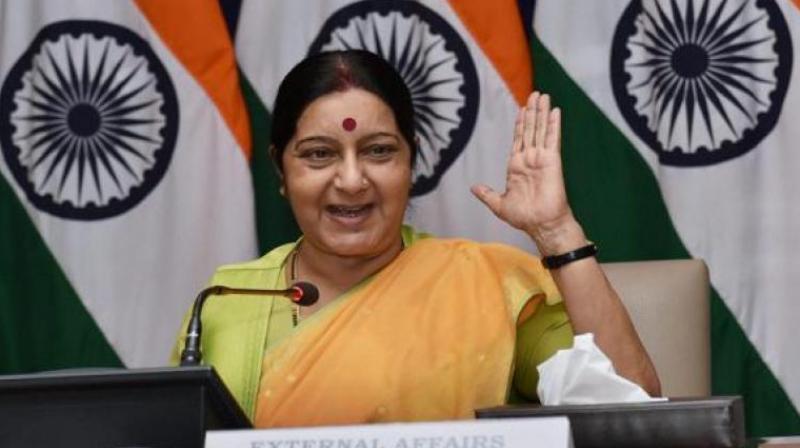 New Delhi: External affairs minister Sushma Swaraj on Thursday sought a report from Indian ambassador in Norway on the allegations made by an Indian couple that the Norwegian authorities have taken away their five-year-old child on frivolous complaint of abuse.

According to reports, the child was taken from his kindergarten school on December 13 without the parents being informed and is being kept at a children’s welfare home some 150 km away from Norwegian capital Oslo.

When contacted, the Norwegian embassy spokesperson was quoted by news agencies as saying, “The embassy became aware of this case yesterday evening. We have asked relevant authorities in Norway to provide us with further information, and are awaiting their response.”

MEA officials were quoted as saying, “Our embassy officials in Oslo have spoken to the boy’s father Anil Kumar Sharma and extended full support. However, Mr Sharma informed the mission that he has hired a lawyer to represent him in the case.”

In his letter to Indian envoy Debraj Pradhan, Mr Jolly had raised concern on “forcible custody” of the boy Aryan by the Child Welfare Department of Norway on “baseless and fabricated complaint” in Oslo on December 13. Mr Sharma is a member of “Overseas Friends of BJP”.

Mr Jolly said he has received a call from a senior MEA official saying that help will be given to the Indian couple. This is the third case since 2011 when children have been taken away from their Indian-origin parents by the authorities in Norway on the grounds of abuse.

In 2011, a three-year-old and a one-year-old were separated from their parents, prompting the then UPA government to take up the issue with Norway. According to reports, the Norwegian court later allowed the children to be reunited with their parents. In December 2012, an Indian couple was jailed on charges of ill treatment of their children, 7 and 2 years.

Later, they were sent to their grandparents in Hyderabad.