The girl was suffering from a condition called Giant Left Atrium and left side of her heart was four times larger than expected size. 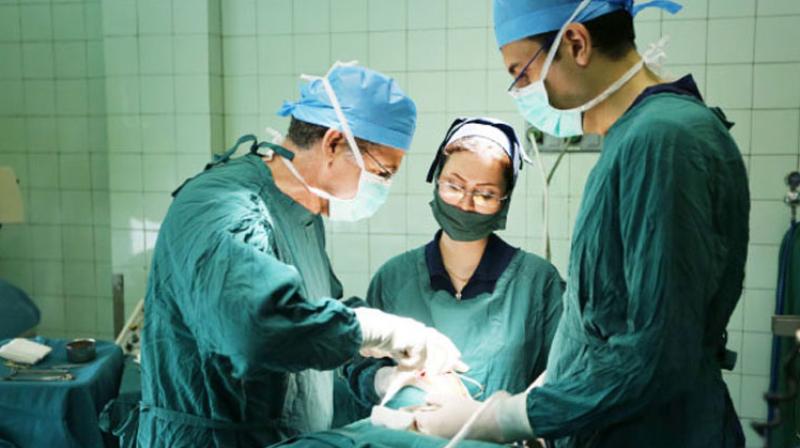 According to doctors, only a few such cases have been reported in children below two years of age. (Representational image | AFP)

New Delhi: Doctors gave new lease of life to a 14-month old Pakistani girl child who was born with an unusual "giant heart" disease by successfully operating on her at Ganga Ram Hospital on Wednesday.

According to doctors, the left side of her heart was four times larger than the expected size. The child was reportedly suffering from a rare condition called Giant Left Atrium (GLA) that carries a high mortality risk.

Doctors said that when brought to the hospital, the infant weighed only 6.5 kilograms and had trouble in feeding.

According to doctors, only a few such cases have been reported in children below two years of age. In a single stage open heart surgery, the child's valve was repaired, GLA was reduced and the hole was closed.

"This case study has been accepted for publication in The Annals of Thoracic Surgery. It took six hours to operate upon the child," said Dr Neeraj Aggarwal, Paediatric Cardiologist at Ganga Ram Hospital.