India   All India  23 Nov 2018  KCR worked only for himself and people close to him: Sonia Gandhi
India, All India

KCR worked only for himself and people close to him: Sonia Gandhi

Congress president Rahul Gandhi, who also addressed the rally, said the TRS rule in Telangana was all set to end. 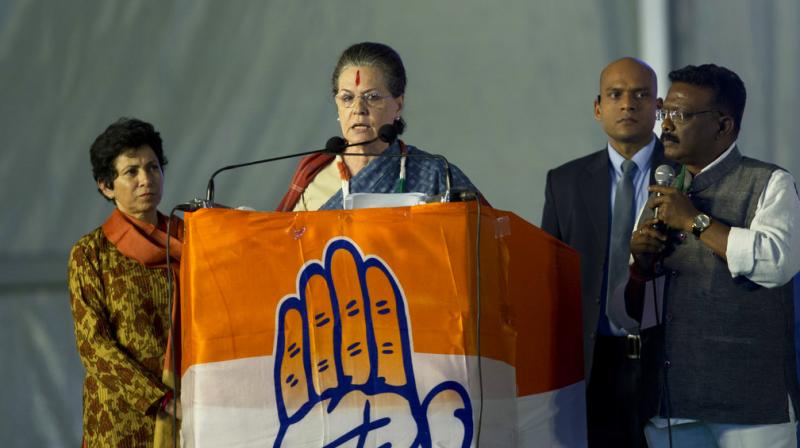 Hyderabad: UPA chairperson Sonia Gandhi on Friday lashed out at Telangana's TRS government, saying it neglected Dalits, tribals, minorities, women and students with Chief Minister K Chandrasekhar Rao working only for himself and those close to him.

She also said the development that was expected following the creation of Telangana did not happen under Rao.

"Chief Minister Rao has cared only for himself and his own people leaving the child (Telangana) to suffer," she told an election rally at Medchal near Hyderabad.

Congress president Rahul Gandhi, who also addressed the rally, said the TRS rule in Telangana was all set to end.

"Dalits, Adivasis, minorities, backward classes, women and students were all neglected. The chief minister should tell us what promises he made to them and he kept," Sonia, who visited Telangana for the first time since the state's creation in June 2014, said.

She also said the Congress was committed to special category status for Andhra Pradesh.

It was under the UPA 2 government that Telangana was created and the party intends to use it as an election plank to blunt Rao's claim that a protracted agitation led by him forced the Centre's hand.