Joshi had said only Brahmins know of Hinduism whereas PM Modi, Uma Bharti, others being from 'lower castes' know nothing. 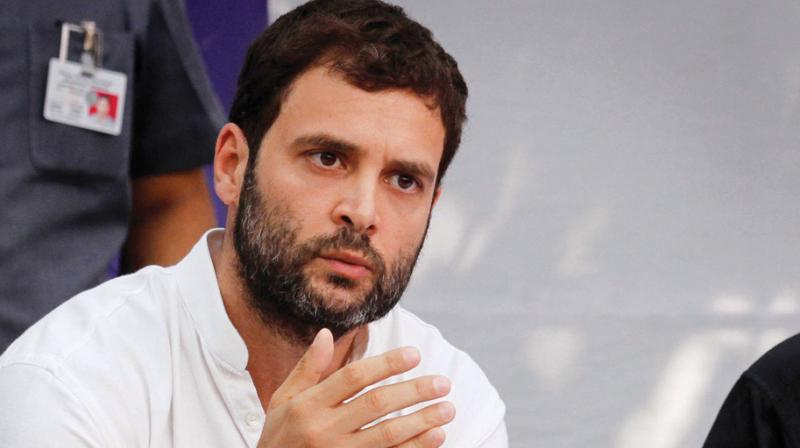 The remarks came ahead of Assembly elections in Rajasthan on December 7 and Madhya Pradesh on November 28 and have the potential of alienating lower caste voters. (Photo: File)

New Delhi: Congress President Rahul Gandhi on Friday disapproved of party leader CP Joshi's remarks that have been slammed as casteist, and asked him to express regret. Soon after, Joshi took to Twitter to apologise for his comment.

In a tweet in Hindi, Gandhi said Joshi's remarks do not reflect, and are contrary, to the ideals of the Congress party, as he urged party leaders to refrain from making such statements.

"CP Joshi's remark is contrary to the Congress party's ideals. Party leaders should not give such statement that hurts any segment of the society, he said.

"While respecting the Congress party's principles and the sentiments of party workers, I am sure Joshiji will realise his mistake. He should express regret over his remarks," Gandhi said on Twitter.

Joshi responded stating, that he was sorry if he had hurt people's  sentiments.

"Out of respect for Congress' ideals and keeping in mind the sentiments of workers, I apologise for my comments," he said.

Addressing a poll meeting in Rajasthan on Thursday, Joshi had reportedly said that Prime Minister Narendra Modi, BJP MP Uma Bharti and Hindu activist Sadhvi Ritambhara are from "lower castes" and know nothing of Hinduism. He said it is the Brahmins who are learned and know of Hinduism.

The remarks come ahead of Assembly elections in Rajasthan on December 7 and Madhya Pradesh on November 28 and have the potential of alienating lower caste voters.