At least 19 petitions have been filed seeking review of Supreme Court's September 28 verdict. 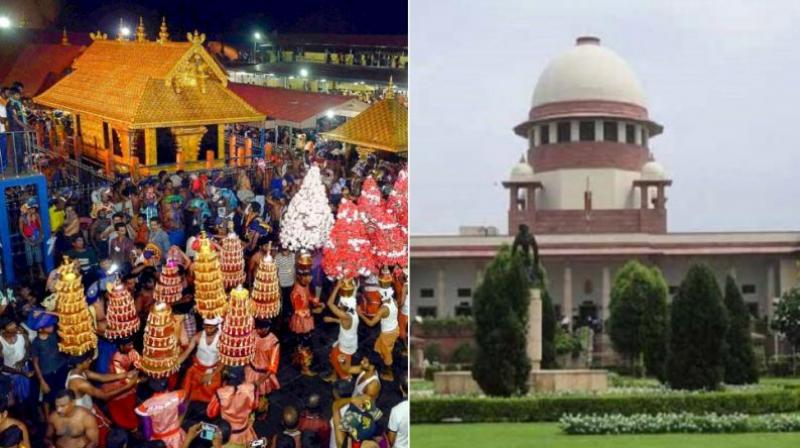 Those against the Supreme Court’s ruling cite the celibate state of the deity, Lord Ayyappa, to oppose the entry of women of menstruating age. (Photo: File | PTI)

New Delhi: The Supreme Court on November 13 will hear a slew of review petitions filed against its September 28 verdict where the apex court allowed women of all ages to enter the Sabarimala temple lifting the centuries-old ban.

Women of menstruating age, between 10 to 50 years were banned from entering into the Lord Ayyapaa temple under the temple rules – a fact challenged in the Supreme Court as violation of the right to equality of women.

Those against the Supreme Court’s ruling cite the celibate state of the deity, Lord Ayyappa, to oppose the entry of women of menstruating age.

No woman has been allowed to enter the hill-top shrine of Lord Ayyappa in Kerala so far amid a standoff between devotees over the wisdom of the court ruling.

At least 19 petitions have been filed seeking review of the top court’s judgment delivered by a 4:1 majority bench led by former Chief Justice of India Dipak Misra.

Review petition is usually heard by the same bench, but in this case CJI Misra has demitted office and the plea will be expected to be heard by incumbent CJI Ranjan Gogoi.