When Sonia said ‘will miss tantrums’ of Pranab

Mr Mukherjee records in the book, adding that he told Ms Gandhi he would abide by whatever decision she took. 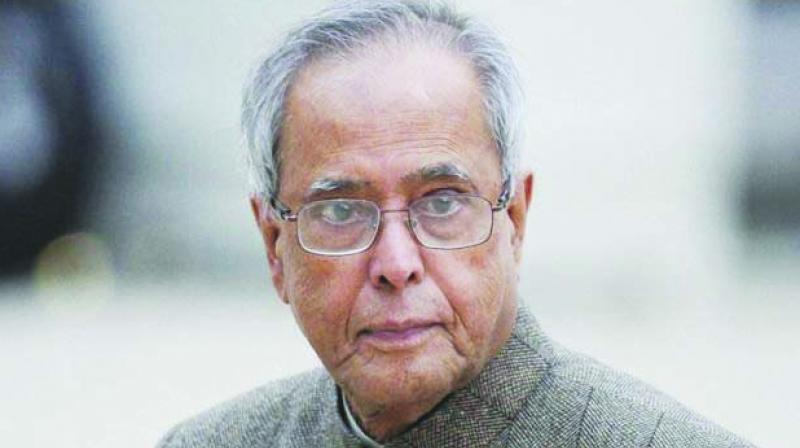 New Delhi: “I will miss his tantrums” is what Congress president Sonia Gandhi said while bidding farewell to Pranab Mukherjee from the Congress Working Committee at a meeting which formally approved his name as the UPA’s presidential nominee in June 2012.

“After briefing the meeting on the presidential election, Sonia Gandhi bid me an emotional farewell... Thereafter, with a mischievous smile she looked at me and said ‘Along with that, of course, I will miss some of his tantrums’,” Mr Mukherjee writes in his just-launched book, The Coalition Years.

The former President’s third political memoir gives several accounts of how the UPA chairperson remained reluctant to approve his name for the country’s top constitutional post despite often acknowledging that he was the “most suited” for the office.

Recalling the events in the run-up to the presidential elections in 2007 and 2012, Mr Mukherjee said the Congress chief told him that he could not be spared by the party on account of the “crucial role” he played for it in the UPA government and Parliament.

Narrating the sequence of the Congress Working Committee meeting on June 25, 2012, at the 7 Race Course Road residence of the Prime Minister, Mr Mukherjee noted Ms Gan-dhi, the then PM Manmohan Singh, party office-bearers and chief ministers present at the meeting finally gave him the green signal to run for the presidential office.

Mr Mukherjee earlier said that on May 29, 2012, the Congress president’s political secretary Ahmed Patel had informed him that Ms Gandhi had perhaps finalised his name as the party’s presidential nominee but was also exploring the possibility of adequate support for then vice-president Hamid Ansari.

“The bone of contention about my nomination remained the same as that in 2007,” the former President said in the book referring to Ms Gandhi’s refrain over sparing him from the government.

Mr Mukherjee said that on June 2, 2012, he met Sonia Gandhi. “She told me frankly, ‘Pranabji you are the most eminently suited for the office, but you should not forget the crucial role you are playing in the functioning of the government. Could you suggest an alternative?” Mr Mukherjee records in the book, adding that he told Ms Gandhi he would abide by whatever decision she took.

“The meeting ended and I returned with a vague impression that she might wish to consider Manmohan Singh as the UPA presidential nominee.  I thought that if she selected Singh for the presidential office, she may choose me as the PM. I had heard a rumour that she had given this formulation serious thought while on a holiday in the Kaush-ambhi hills,” he says in the book.