Polling in the hill state for the 68 Assembly seats is scheduled on November 9. 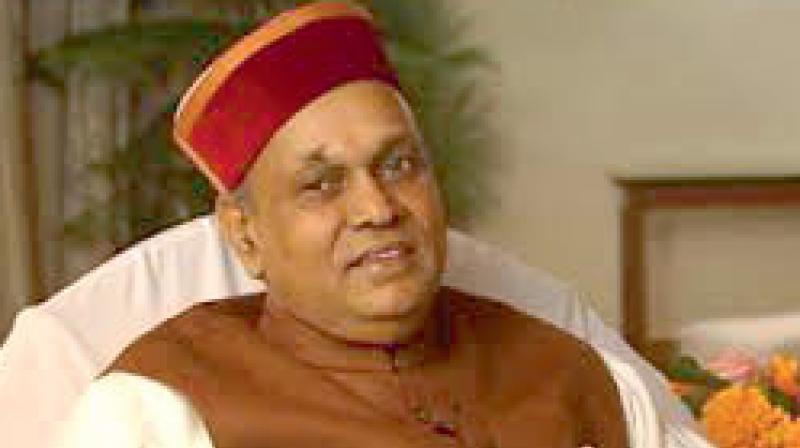 New Delhi: Considered as the frontrunner for the chief minister’s post in Himachal Pradesh, it will be a battle of prestige for BJP stalwart and former chief minister Prem Kumar Dhumal this time. Contesting from a new Assembly seat, Sujanpur, many feel that Prof Dhumal’s persona will have a direct impact on atleast three other seats, including his former constituency Hamirpur, Balsar and Palampur. The party has fielded Prof Dhumal’s close associates on these seats. Polling in the hill state for the 68 Assembly seats is scheduled on November 9.

Speculation is rife that it was party’s central leadership which requested him to change his Assembly constituency, keeping in mind the caste combination and also to send out a message that he does not need a “safe seat” to contest. Many feel that by choosing Sujanpur, Prof Dhumal, a thakur, will also impact the three adjoining Assembly seats — Mandi, Hamipur and Kangra. During the last Assembly polls, the Sujanpur seat was won by Mr Rana as an independent candidate after his falling out with Prof Dhumal.

Though the BJP has not yet declared or projected its chief ministerial candidate for this hill state, many feel that party leadership will consider the fact that Prof Dhumal is just two years short of reaching the party’s unofficial age bar of 75 and might reward him the top post in the state, where the incumbent Congress government is facing anti-incumbency. Names of Union minister J.P. Nadda, state unit president Satpal Singh Satti and senior leader Jairam Thakur are also doing the round for the CM post.