J&K: One militant killed in Pulwama encounter, search operations on

A cordon and search operation in Dar Ganie Gund village in Tral's Aribal area turned into an encounter when militants fired upon the forces. 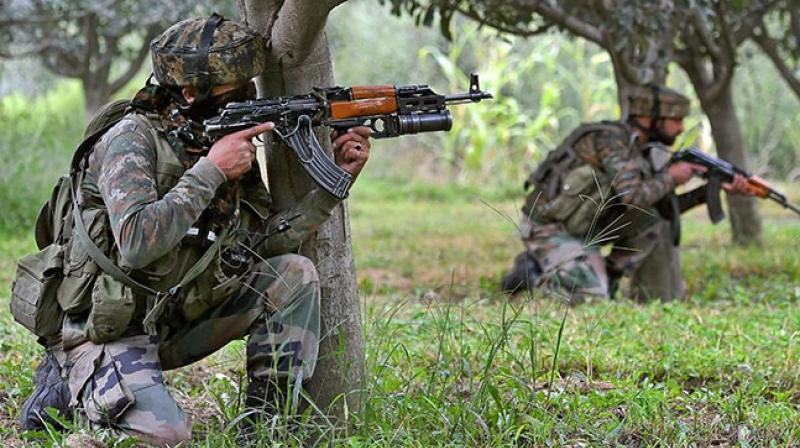 The encounter broke out after the militants fired upon the forces who retaliated, a police official said. (Representational image | PTI)

Srinagar: A militant was killed in an encounter with security forces in Jammu and Kashmir's Pulwama district Sunday, police said.

The body of the unidentified militant was recovered from the encounter site in the Tral area of the district, a police official said. He said the identity of the slain militant and the group he was affiliated to is being ascertained.

Security forces launched a cordon and search operation in Dar Ganie Gund village of Aribal area in the south Kashmir district Sunday morning after receiving specific intelligence inputs about the presence of militants in the area, the official said.

He said the search operation turned into an encounter after the militants fired upon the forces who retaliated.

The search operation is on, the official said.