The incident happened at Tikamgarh district of Madhya Pradesh. 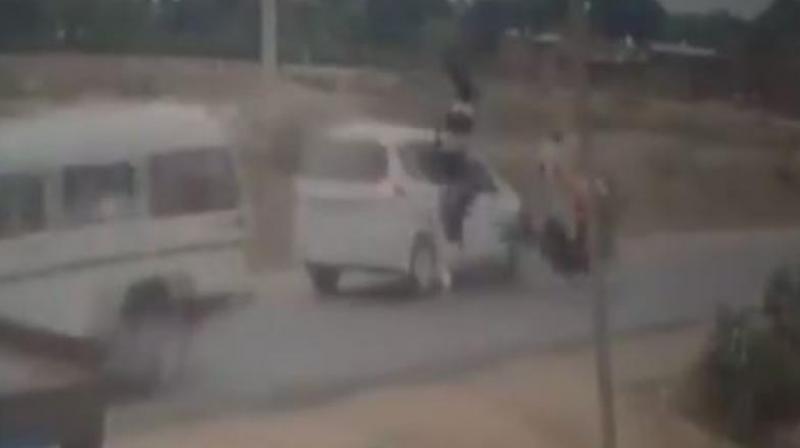 The scooter-borne girls after being hit by the vehicle are seen getting flung into the air before falling on the road. (Screengrab | ANI)

Bhopal: Overtaking at a wrong time mostly leads to an accident; the saying came true at Tikamgarh district of Madhya Pradesh when three scooter-borne girls, trying to overtake an SUV, were hit by a vehicle coming from the opposite direction.

According to ANI, all three survived the collision.

The incident captured on CCTV camera showed how the episode happened on an undivided stretch of narrow road in Tikamgarh district.

The footage shows the cars passing by, dangerously close to each other.

The car coming from the other side immediately applies the brakes, but due to the narrow road, there's no space left for the scooter to pass.

The scooter-borne girls after being hit by the vehicle are seen getting flung into the air before falling on the road.

Two of them can be seen immediately getting up after the crash, while people rushed to the third woman to help her. None of them was wearing helmets.