Fears voiced over damage during transportation to another premises. 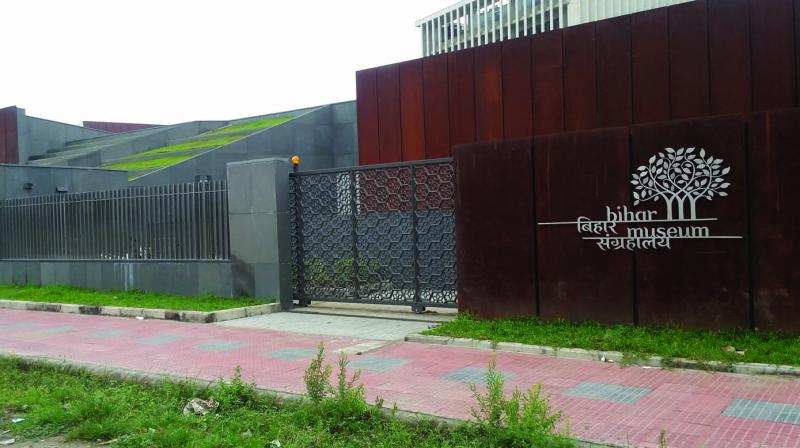 The Bihar Museum where a few artefacts of Patna Museum are going to be transferred.

Patna: The Patna Museum which celebrated its centenary in April has been closed to shift some of its precious artefacts, sculptures and rare manuscripts to a newly-constructed Bihar Museum scheduled to be inaugurated on the occasion of Gandhi Jayanti on October 2.

The proposed plan to display some of main attractions of Patna Museum at the new museum has infuriated historians and activists who believe that shifting of the artefacts will damage the historical glory of the state.

In her two-page letter, Ms Sankritayayan, who lives in Dehradun, expressed concern over the safety of articles that her father had donated his findings collected during travel to Tibet.

She pointed out that rare books, thangka paintings, historic scriptures on Buddhism and other artefacts were donated to the museum between March 8, 1933 and January 1, 1956.

Intellectuals and historians from across the country have urged the chief minister to stop the transportation of the museum collection “as the rare manuscripts and sculptures which have been preserved inside the museum for many years may get damaged”. 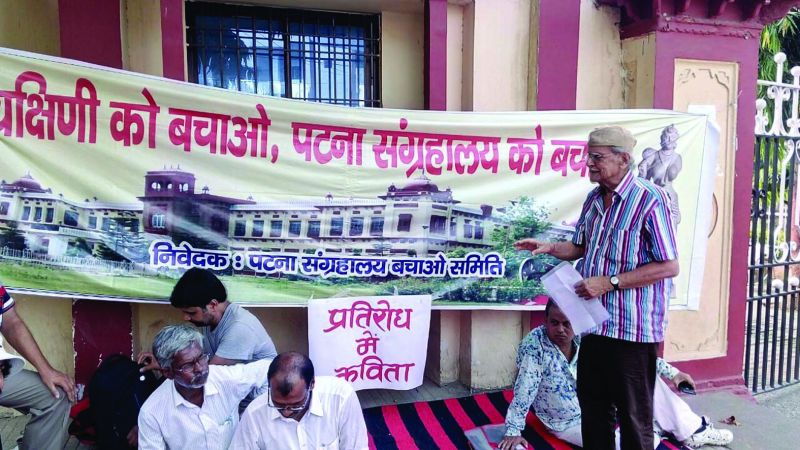 Historians and civil society members stage a sit-in against the proposal to shift historical heritage items like manuscripts and sculptures out of Patna Museum.

Other activists have launched a campaign, including a sit-in near the Patna Museum, to oppose the shifting of antiquities, including the Mauryan-era Yakshini sculpture.

Pushpraj, convenor of “Save Yakshini and Save Patna Museum” campaign, told this newspaper, “We have sent a letter to the chief minister requesting him to stop shifting the sculptures and manuscripts but nothing has happened.”

Activists said that many of the artefacts were sent from Madras, Lucknow and Indian Museum in Kolkata as a loan, so permission is required from the Archaeological Survey of India ASI) before shifting them to a new premises.

According to museum sources, a letter was sent to the ASI but there was a delay in reply. In the meantime, officials were asked to begin preparations for the shifting process.

According to experts, there are around 75,000 artefacts in Patna Museum. Activists claim that officials have received directions to shift 3,000 artefacts within a fortnight to the new Bihar Museum.

The state government’s move has come as a rude shock to intellectuals because the newly constructed Bihar Museum has been registered under the Societies Registration Act, which denies it the status of  government body, and raises doubts about the ownership and safety of the artefacts.

Over a hundred intellectuals and historians, including Romila Thapar and Irfan Habib, have signed a petition against the decision of the state government. We are worried about the safety of rare sculptures and scriptures. The state government is shifting these artefacts to the Bihar Museum which is registered under the societies act,” said Mr Pushpraj.

Former director of Patna Museum U.C. Dwivedi has also raised questions and urged the state government to make an expert committee to maintain a balance between the two museums.

The proposal to build a new Bihar Museum was first opposed in 2015 by a research scholar Ashok Kumar who had filed a public interest litigation (PIL) in the Patna High Court.

The court, while agreeing with the petitioner, had observed that the construction of Bihar Museum is not in the “public interest”.

“The facts of the case were sufficient to stall the project at the initial stage but since the construction is said to be nearing completion it cannot be stopped,” the court had observed.