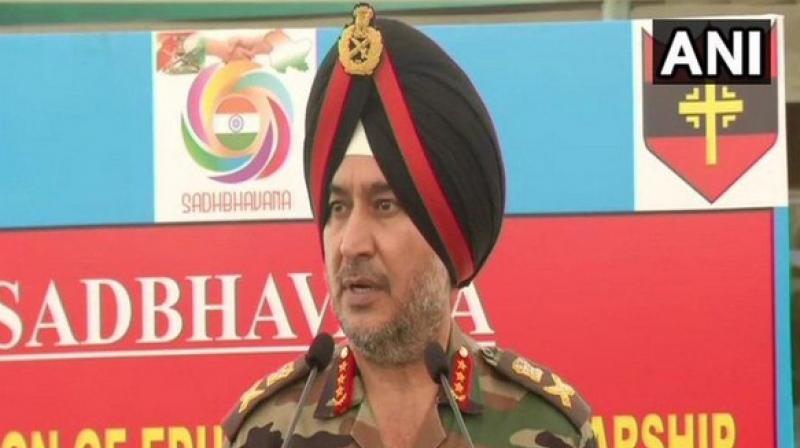 The commander also appreciated the aggressive domination of the Line of Control adopted to give a befitting response to the adversary's ceasefire violations and tactical actions. (Photo: ANI)

"During the visit, the Army Commander was briefed by the commanders on the preparedness of their formations. Army Commander expressed satisfaction on measures adopted to strengthen counter infiltration posture with increased alertness and use of high-end technology," said an official statement.

The commander also appreciated the aggressive domination of the Line of Control adopted to give a befitting response to the adversary's ceasefire violations and tactical actions.

"Army Commander was also briefed on the initiative undertaken to bring normalcy to the region by undertaking Mission Reach Out," the statement added.

Army Commander appreciated coordination between Army, Civil Administration and Central Armed Police Forces (CAPFs) and complimented troops for bringing the situation in the districts of Poonch, Rajouri and Reasi back to normal wherein the restrictions have been removed and schools and colleges are functioning normally, the markets are open and people are engaged in day to day activities.

The Army Commander also interacted with the soldiers and complimented them for their unwavering dedication to duty, selfless devotion and high standards of professionalism.

He exhorted all ranks on the "need to remain vigilant to counter the nefarious designs of the adversary" and directed that the response should be strong and effective.