Inquiry was ordered by Air Force Headquarters under an Air Commodore-rank officer as the crash resulted in death of 6 of its personnel. 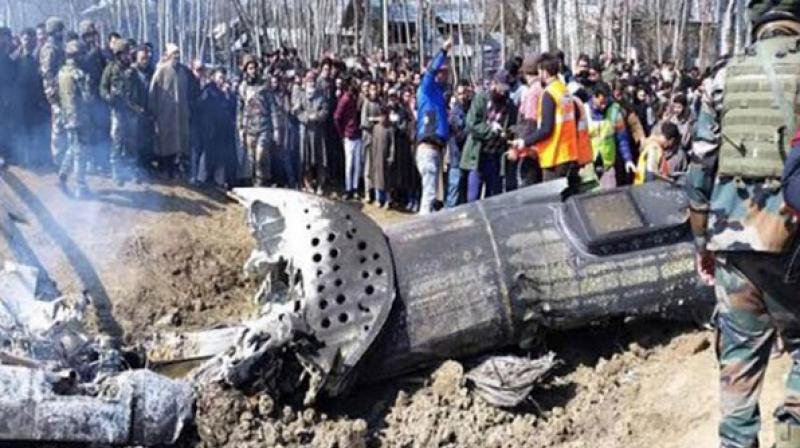 ‘Five officers including one Group Captain, two Wing commanders and two Flight Lieutenants have been held blameworthy by the court of inquiry by the Air Force headed by a senior officer,’ sources said in New Delhi. (Photo: ANI)

New Delhi: Five Indian Air Force officers have been found guilty by a court of inquiry for the shooting down of a Mi-17VF chopper over Srinagar on February 27 in which six personnel were killed.

Former Western Air Commander Air Marshal Hari Kumar was the in-charge of entire operations when the crash took place due to friendly fire from the Spyder air defence missile system.

"Five officers including one Group Captain, two Wing commanders and two Flight Lieutenants have been held blameworthy by the court of inquiry by the Air Force headed by a senior officer," sources said in New Delhi.

The officers have been found guilty of charges including negligence and not following correct procedures while shooting down the Mi-17 V5 chopper.

The inquiry was ordered by the Air Force Headquarters under an Air Commodore-rank officer as the crash resulted in the death of six of its personnel.

The top brass of the Air Force and the government are of the view that strictest punishment should be meted out to personnel who are found guilty.

Sources said that during the probe, it had emerged that the officers handling air defence responsibilities at the Srinagar air base mistook the chopper returning midway from a mission as an incoming missile towards the base.

On February 27, a Mi-17 V-5 chopper of the Srinagar-based 154 Helicopter Unit crashed within 10 minutes of taking off even as a dogfight raged over 100 km away between intruding Pakistani jets and the IAF, in which Wing Commander Abhinandan Varthaman was involved. Six IAF personnel on board and a civilian on the ground had lost their lives in the crash.

The court of inquiry was also delayed to some extent as the black box of the chopper was stolen by the villagers in Budgam where some of the hostile elements had also reportedly pelted stones at military vehicles after the crash.