BEL is under legal obligation to complete the work within nine months as per its agreement with the government. 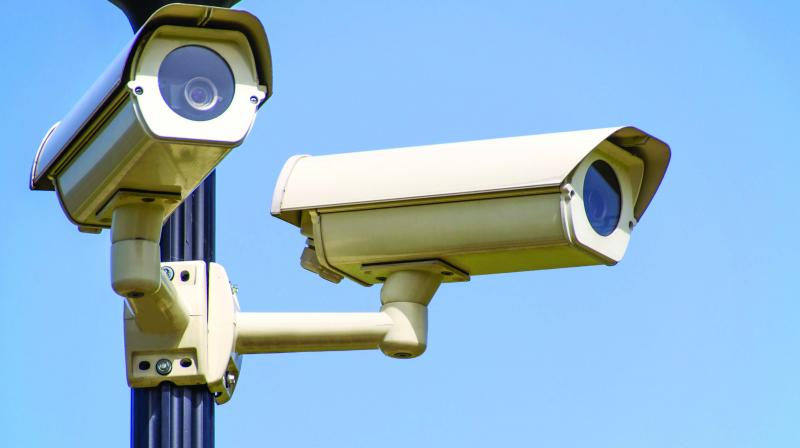 The AAP government has given the installation work of 1.4 lakh CCTV cameras to BEL, a move aimed at ensuring women safety in the national capital. (Representional Image)

New Delhi: Dissatisfied with the slow pace of work on installation of CCTV cameras, the Delhi government on Friday warned Bharat Electronics Limited (BEL), which is executing the project, of Rs 16 crore penalty and blacklisting.

According to an official statement, BEL is under legal obligation to complete the work within nine months as per its agreement with the government.

It stated that if BEL fails to complete the entire installation work within these nine months, it is liable to pay a 10 per cent penalty.

"As a first step, since more than two-thirds of the time given to BEL is already over, the Delhi government proposes to impose a five percent penalty (Rs 16 crore) of the overall CCTVs installation project cost (Rs 320 crore) to begin with," the statement stated.

Chief Minister Arvind Kejriwal is committed to complete the installation of CCTV cameras in Delhi on time and he has made it clear that no delay will be tolerated and in case of any default, the company will be blacklisted and complete 10 per cent penalty will be imposed.

The step of invoking the clause of imposition of penalty follows expression of "strong displeasure" by Kejriwal over the "unjustified slow pace of work", it said.

The AAP government has given the installation work of 1.4 lakh CCTV cameras to BEL, a move aimed at ensuring women safety in the national capital.

"Penalty clause is part of the agreement between the Delhi government and BEL, which was awarded the contract in November last year and after completion of all formalities, BEL was to begin the installation of CCTVs in February this year and the entire installation work is to be completed by November 22," it stated.

The Public Work Department (PWD) has already issued a show cause notice to BEL over the slow installation of CCTV cameras across the city, it added.

"The Delhi government will release the amount of Rs 16 crore to BEL only if it honours the legal commitment of finishing the installation of 1.40 lakh CCTV cameras by November 22 this year," the statement stated.

According to the statement, PWD Minister Satyendar Jain and Chief Secretary Vijay Kumar Dev had recently summoned the chairman and managing director of BEL to convey the government's dissatisfaction over the "unjustified delay" in cameras installation work.

Currently, around 400 CCTVs are being installed everyday and in the meeting BEL CMD had informed that all efforts would be made to improve this number to 1,500 CCTVs installation daily.

The PWD has now sought a schedule from BEL on the future course of its action on completion of the process of installation of CCTV cameras.

It has also clearly conveyed to BEL that looking at the progress till now, the company needs to "pull up its socks and expedite the ongoing work in a big way", it added.