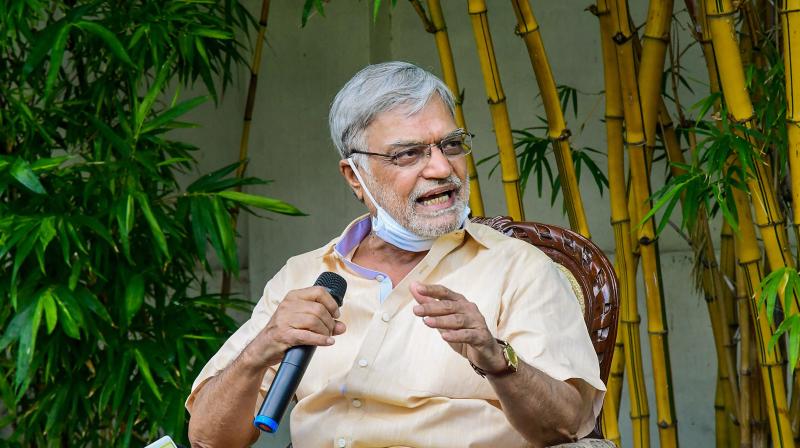 New Delhi: The Supreme Court on Thursday ruled that it would not stop the Rajasthan High Court from pronouncing its order on a plea by 19 rebel Congress MLAs led by Sachin Pilot against the speaker's notice of disqualification proceedings against them.

But the High Court order would be subject to the outcome of a petition filed in the Supreme Court by speaker CP Joshi, who contests the High Court's right to meddle in his proceedings.

However, the speaker failed to get any interim relief from the Supreme Court on his plea which argues that the High Court cannot interdict disqualification proceedings undertaken by the speaker of a legislature under the 10th schedule of the Constitution.

While allowing the High Court to proceed, the apex court scheduled its next hearing on the speaker's plea for July 27.

Speaker Joshi is trying to get disqualification proceedings started against 19 MLAs, including deputy chief minister Sachin Pilot who led them into rebellion against chief minister Ashok Gehlot. They stayed away from a Congress Legislature Party meeting called by the chief minister despite a whip issued to them.

Appearing for speaker Joshi in the Supreme Court, senior counsel Kapil Sibal argued that the presiding officer's right to call and conduct the disqualification proceeding cannot be meddled with by the court; at the most the speaker can be asked to rule upon the proceedings within a time frame.

The bench asked Sibal whether a disqualification notice can be issued to MLAs for not attending meetings and whether not attending such meetings can be construed as a stance against the party.

Therefore, Joshi's counsel argued, the Rajasthan High Court has no jurisdiction to restrain the speaker from conducting disqualification proceedings till July 24.