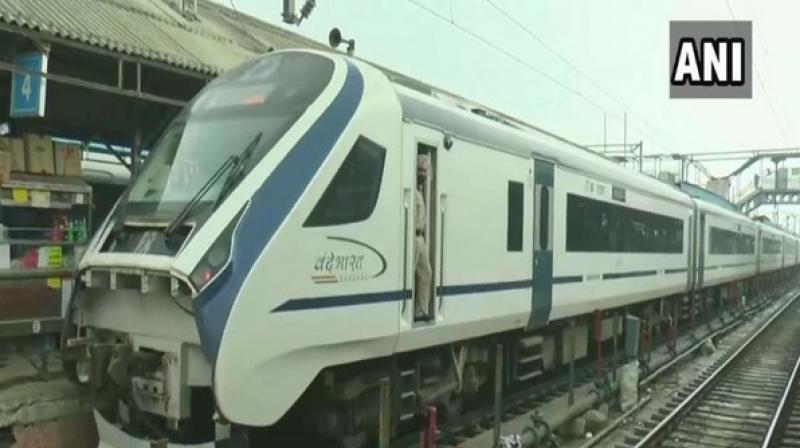 Abhinav Singhla, Ludhiana Station Director, while speaking to ANI said: "The trial run was conducted successfully. This train is better than Shatabdi Express; it runs at a speed of 160 km per hour."

"Vande Bharat is one of the best and premium trains in India. It is an indigenous and fully automatic train," he added.

Vande Bharat express, also dubbed as 'Train 18', can run up to a maximum speed of 160 kmph and has travel classes like Shatabdi Train but with better facilities in a bid to provide a totally new travel experience to passengers.

The train features include a GPS based audio-visual passenger information system, onboard hotspot Wi-Fi for entertainment purposes, pantry and bio-vacuum toilets, the train has also been equipped with improved seating, a facility for the freezer, hot case and other technical improvements based on passenger feedback.

In February this year, PM Narendra Modi had flagged off the train's maiden run from New Delhi to Varanasi.
The train is designed and developed by a Chennai-based Railways Production unit, Integral Coach Factory in just 18 months which also includes the in-house design and manufacture, computer modelling and working etc.

Adding up the green footprints, this fully 'Make in India' train has regenerative braking system in the coaches which can save up to 30 per cent of electrical energy.