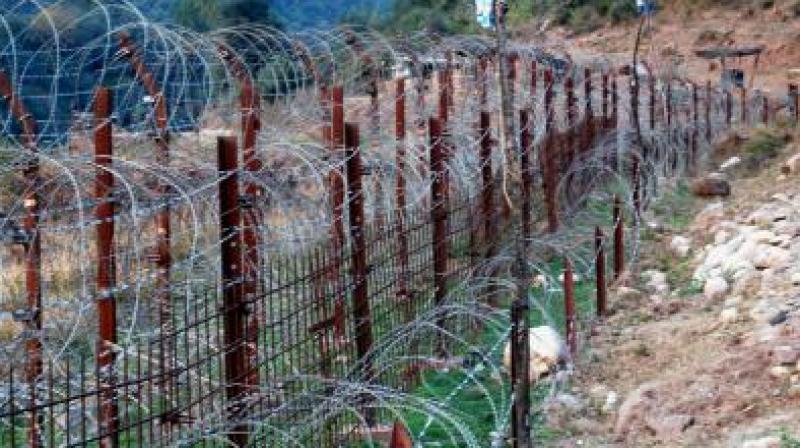 A civilian was injured in Pakistani firing in Balnoi village along the LoC in Mendhar sector of Poonch district on Saturday. (Photo: Representational)

Jammu: Pakistan Army fired at forward posts along the Line of Control (LoC) in Poonch district of Jammu and Kashmir for a second consecutive day on Tuesday, officials said.

Cross-border firing continued in Poonch, Krishna Ghati, Mankote and Mendhar sectors, but there was no immediate report of any casualty on the Indian side, Jammu-based Public Relations Officer (PRO) of the Army Lt Col Devender Anand said.

He said Pakistan initiated small arms firing in violation of the ceasefire agreement in Poonch sector around 1220 hours. It was followed by shelling with mortars along the LoC in Krishna Ghati, Mankote and Mendhar sectors, he said, adding that the Indian Army was retaliating befittingly.

This is the third such violation in the past four days which left an Army jawan dead and a civilian injured, the officials said.  On Monday, Rifleman Mohammad Arif Shafi Alam Khan Pathan was killed in unprovoked firing by Pakistani troops in Sunderbani sector of Rajouri district.

A civilian was injured in Pakistani firing in Balnoi village along the LoC in Mendhar sector of Poonch district on Saturday.