The photograph of Akbar in the police van, however, proved that he was not grievously injured, contended Naval Kishore. 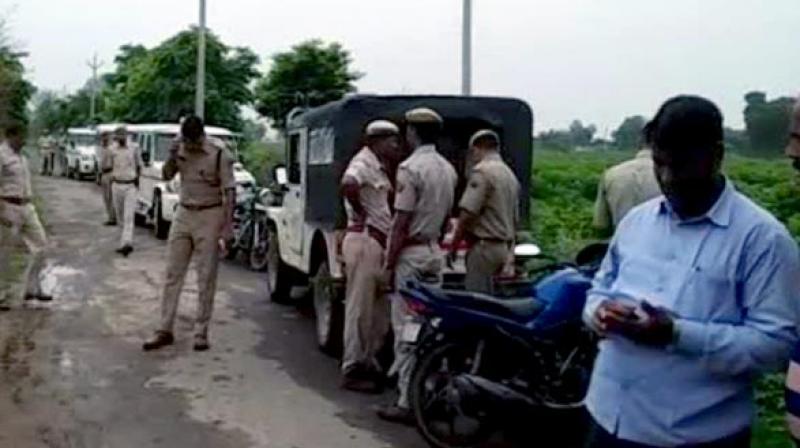 At 4 am, Akbar Khan was taken to a local hospital which was about 20 minutes away the spot where Akbar was beaten by mob around 1 am. (Photo: Twitter | ANI)

Alwar: A photograph of 28-year-old man Akbar Khan, who was lynched at Alwar in Rajasthan late on Friday night over suspicion of being a cow smuggler, sitting upright inside a police van, has raised further questions about the role of the Rajasthan police in the attack.

The photo has been circulated by Naval Kishore, the man who had called the police and informed them about the attack and accompanied them for most of their three-hour journey through the area before Akbar Khan was taken to the hospital where he was declared brought dead.

"We have no information yet about the victim being thrashed in custody, but yes, prima facie we have found that there was indeed an error in judgement in deciding what was important at that point," news agency ANI quoted NRK Reddy, Special Director General of Police, as saying on the role of the police after investigation found lapses on their part.

A doctor at the hospital, where Akbar Khan was taken, told NDTV that the postmortem report shows he died of internal bleeding after a severe beating. Akbar’s brother said even his neck was broken.

NDTV quoted a woman witness, Maya saying that the police were “beating the man (Akbar) in the vehicle and abusing him”.

According to NDTV, Naval Kishore had parted company with the police after they had tea mid-way. As the cops headed for the police station, he had taken the two cows that Akbar Khan and his friend Aslam were accused of smuggling, to a local cow shelter.

At 4 am, Akbar Khan was taken to a local hospital which was about 20 minutes away the spot where Akbar was beaten by mob around 1 am.

Action has been taken against three policemen. Assistant sub-inspector Mohan Singh was suspended and two constables were shifted to Police Lines as investigation into the matter confirmed lapses on their part.

The Centre has, amid countrywide outrage over mob killings, said a group of ministers led by Home Minister Rajnath Singh would study the recommendations of a high-level panel to figure out ways to stop the attacks and then submit a report to Prime Minister Narendra Modi.