Tommy was tied to a grill, before family allegedly committed suicide. He was found by members of an animal shelter with a high fever. 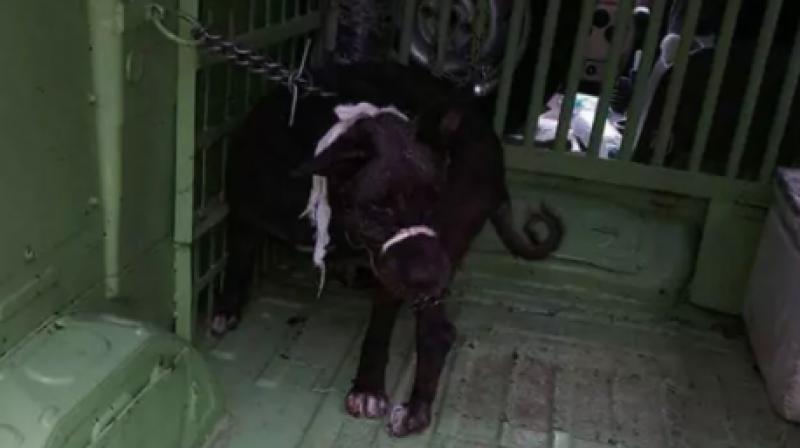 New Delhi: The pet dog of the Chundawat family, whose members were found dead hanging at their homed in Burari, has died at an animal shelter in Noida due to "shock", an animal rights activist said on Monday.

Tommy was tied to a grill, before the family members allegedly committed suicide. He was found by members of an animal shelter with a high fever.

Sanjay Mohapatra, a Noida-based animal rights activist, was taking care of the dog, an Indian pitbull mix breed over seven years of age. He had shown signs of improvement and had gained weight since the tragedy came to light on July 1.

"He had food around 4 pm. He was playing around and was taken for a walk by one of our employees around 5 pm. As Tommy was entering the gate after his walk, he suddenly collapsed. We brought him inside and the doctor examined him but he died," Mohapatra said.

The activist said he informed the Noida and Delhi Police about Tommy's death.

The activist said Tommy's post-mortem was carried out on Monday morning at a district hospital in Noida and the doctors believe that he died of "shock", which led to a cardiac arrest. Later, a pooja was performed and Tommy was laid to rest.

Prashant Chundawat had written an email to Mohapatra a few days ago, requesting him to "train the dog" so that they could take him home and was regularly in touch with him about Tommy's health.

He would make video calls to see Tommy, Mohapatra said.

The Chundawat family's grandson, who works in Bangalore while his family stays in Kota, Rajasthan, said they were informed on Sunday about Tommy's death.

"In all these years, we were not very attached to him. Whenever we would visit our Burari home, he would be tied upstairs since he was very aggressive. He was very close to my elder kaka (Bhavnesh, who was among the deceased)," he recalled.

However, after losing his family, Prashant Chundawat had decided that they would take him home.

"I had requested Sanjay to train him so that we could take him back. He was the last surviving member of our family and we wanted to take care of him. Pets usually do not survive without their owners and in this case, Tommy was quite close to our family members living in our Burari home, so it must have been difficult for him," Prashant Chundawat told PTI.

Meanwhile, Mohapatra said they would open a large animal out-patient department at his shelter home in memory of Tommy.

The animal activist had learnt about the dog through news channels and then contacted the police. After completing the legal formalities, he had brought the dog to his animal care centre in Noida.

Initially, Tommy was quite aggressive but with love and care, he had started recuperating.