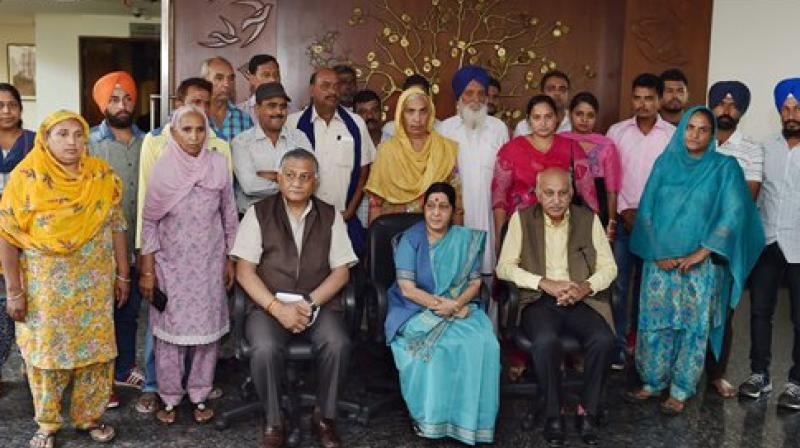 New Delhi: The Iraq Embassy on Sunday has informed India that search operations are underway to locate the 39 missing Indians who were taken as prisoners by ISIS in 2014, further assuring there is a high level coordination between Iraqi and Indian concerned authorities to locate them.

However, Iraqi Ambassador to India Fakhri H Al-Issa had said that the Embassy has no information about the missing 39 Indians citizens.

"I don't want to say anything. I have no information. Sometimes no news is good news. They might be in Badush prison," Issa said.

Sushma Swaraj, along with Minister of State (MoS) for Ministry of External Affairs (MEA) M.J. Akbar and MoS MEA Gen. (Retd.) VK Singh, met families of 39 Indians who are missing in Iraq since 2014 on July 16.

Sushma had assured, "Once fighting stops in Badush and the area is cleared, we can probably find out about the whereabouts of the missing nationals."