The GJM leadership has, however, refuted as 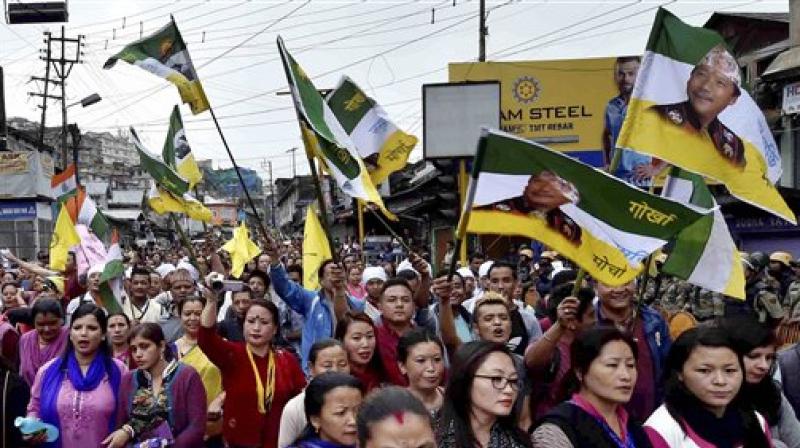 A senior official, who spoke on the condition of anonymity, said the GJM has hired 25-30 Maoists mercenaries to train its cadres. (Photo: File/PTI)

Darjeeling: The Gorkha Janamukti Morcha (GJM) is preparing for a prolonged underground armed movement for a separate state and has hired Maoists from neighbouring countries as mercenaries to train its cadres, according to senior West Bengal government officials.

"We have inputs from intelligence agencies that Maoists from neighbouring countries have been hired by the GJM. And it may target government properties and senior police and administrative officials so as to further aggravate the situation," ADG (Law and order) Anuj Sharma said.

The GJM leadership has, however, refuted as "completely baseless" the allegations that it was taking help from Maoists.

"These are completely baseless statements. These statements are being made to malign us and derail the democratic movement," GJM general secretary Roshan Giri said.

A senior official, who spoke on the condition of anonymity, said the GJM has hired 25-30 Maoists mercenaries to train its cadres.

"The GJM has a huge cache of arms and ammunition. They have stockpiled arms for the last few years. And we have intelligence reports that they are preparing for underground armed movement in the hills," said the official.

Another senior official said the government is "prepared for any situation and steps are being taken to tackle any sort of armed struggle".

In the last 38 days of the indefinite shutdown, there have been several instances of attack on police stations and outposts.

Arms and ammunition were also looted, a trademark of Maoists movement.

After receiving the intelligence inputs, the state government has sent for several top IPS officers, including those who have wide experience in countering Maoist menace in the Junglemahal areas of Bengal from 2009-2012.

According to the police, the GJM is training its cadres in the guise of its "peacekeeping" outfit Gorkhaland Personnel (GLP).