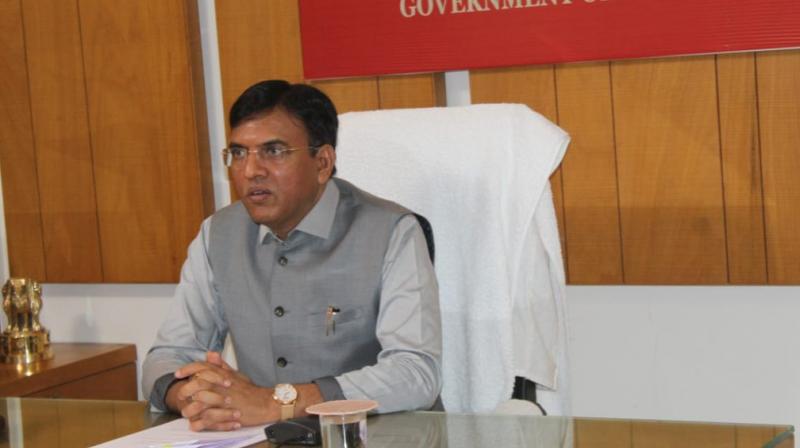 New Delhi: Union Health Minister Mansukh Mandaviya will on Thursday chair a high-level review meeting with the core team of experts over increasing cases of COVID-19 in the country, official sources said.

India has been witnessing an increase in coronavirus infections over the last couple of weeks.

India saw a single-day rise of 13,313 new coronavirus infections, taking the infection tally to 4,33,44,958, while the active cases have increased to 83,990, according to the Union health ministry data updated on Thursday.

In a review meeting of INSACOG held last week, states/UTs were asked to submit "larger number" of samples for whole genome sequencing from districts and areas which have seen a surge in COVID-19 cases over a period of seven days.

The direction was issued to check the possibility of any new emerging variant or sub-variant and ascertain the reasons behind the breakthrough infections, sources had said.

According to the Indian SARS-CoV-2 Genomics Consortium (INSACOG) experts, Omicron and its sublineages, primarily BA. 2 and BA.2.38, as of now, seem to be behind the current rise in Covid cases, an official source had said.

The BA.2 and its sublineages constitute over 85 per cent of the cases with BA.2.38 being found in around 33 per cent of the samples. The percentage of BA.4 and BA.5 is found in less than 10 per cent samples, they had said.

Forty-three districts in India, including 11 from Kerala, six from Mizoram and five from Maharashtra, are reporting a weekly Covid positivity rate of more than 10 per cent. In 42 districts, including eight from Rajasthan, five from Delhi and four from Tamil Nadu, the weekly positivity is between 5 and 10 per cent, sources said.