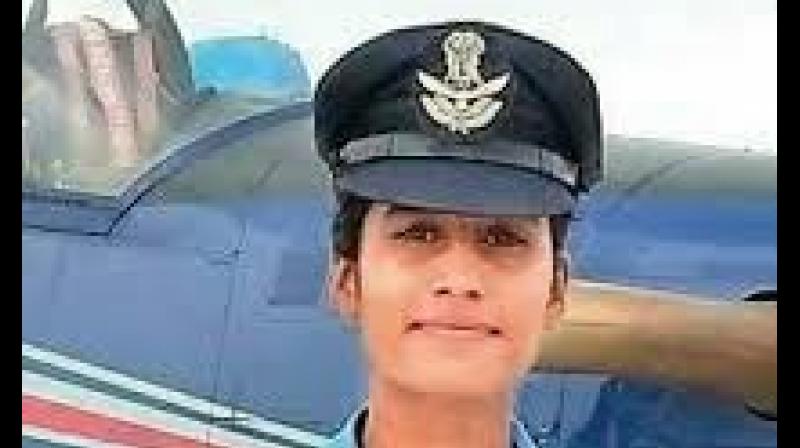 Inspiration for many: Anchal Gangwal

Bhopal: The daredevil operation by the Indian Air Force to evacuate people stranded in flood and rain-hit Uttarakhand in 2013 had inspired Anchal Gangwal to set her goal to become an IAF pilot, her humble background notwithstanding.

Daughter of a tea seller in an obscure town of Neemuch in Madhya Pradesh, 23-year-old Anchal had doggedly pursued her dream to become IAF pilot and got recommended in Services Selection Board (SSB) after the sixth attempt.

“I owe it to my father who taught me to be tough in tough times. I followed the mantra, “Never give up” taught by my father, religiously, to achieve my goal”, she was quoted as saying by a member of her family who watched the flying officer in her uniform on TV, bagging President’s Plaque at the combined graduation parade held at Indian Air Force Academy in Hyderabad on Staturday.

“Like her other two siblings, Anchal is very disciplined and determined”, her proud father Suresh Gangwal told this newspaper on Monday.

Gangwal recounted how his three children used to watch him and his wife silently when they were doing business in their roadside tea stall and never demanded anything beyond their reach.

“Anchal had nurtured her dream to become a pilot of a fighter plane in IAF after watching rescue operation by IAF to evacuate stranded people in flood-hit Uttarakhand in 2013”, he recalled.

A computer science graduate from a government degree college in Neemuch, Anchal was first selected as sub-inspector in Madhya Pradesh police. She later switched her job after she was selected as labour inspector.

However, her ambition was to pursue a career in IAF as a fighter plane pilot.

She had begun preparing for the AFCAT soon after her graduation and cleared SSB in the sixth attempt to be commissioned as flying officer in IAF.