Vaishno Devi shrine will have disaster response force by Sept 2020 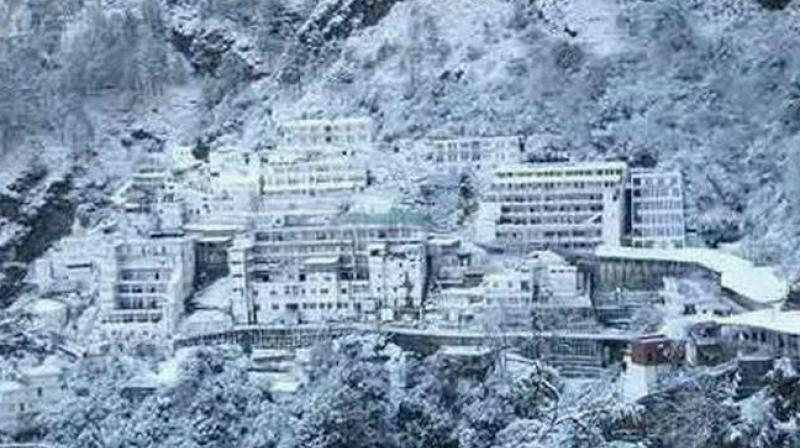 The shrine board is also planning to set up an emergency operation centre as part of its disaster preparedness. (Photo: PTI)

Jammu: The Mata Vaishno Devi shrine, a religious pilgrimage atop a hilltop that attracts lakhs of devotees from across the world every year, will get a dedicated in-house disaster response force by September next year, a senior official said Sunday.

Simrandeep Singh, the Chief Executive Officer of the Shri Mata Vaishno Devi Shrine Board (SMVDSB), said training of the board staff who will be the first respondents in case of any eventuality has already begun at the headquarters of 7th battalion of National Disaster Response Force (NDRF) in Punjab.

"The six-week training of the first batch of 25 staff started on May 18 and is almost heading for completion. We are planning to train 180 employees by September next year to prepare a dedicated disaster response force for the shrine," Singh told PTI.

He said the shrine board and the NDRF signed a Memorandum of Understanding (MoU) early this year keeping in mind the hilly terrain and need to impart advanced disaster management training to the shrine board staff in batches to keep them in a state of readiness for effectively and promptly responding to any disaster situation.

"All our employees who have 15 to 20 years service left and are fit will undergo this training capsule. They include staff from security, medical and assistance wings, sweepers, receptionists, salesmen and catering providers," he said.

Praising NDRF, Singh said the force is not charging any fee for the training of the shrine board staff to ensure a quick response in the wake of any fire incident, earthquake, landslides or any other emergency situation.

To further augment the disaster management preparedness, the CEO said an NDRF team would conduct a comprehensive audit of the disaster management stores set up by the board at various locations on the track and in the Bhawan area so that, wherever required, these are further replenished and strengthened by adding latest gadgets and equipment.

In March, a team of the NDRF conducted a mock exercise on the yatra track near the Bhawan area in order to analyze and evaluate the level of preparedness to most effectively and promptly respond to any emergency situation.

The shrine board is also planning to set up an emergency operation centre as part of its disaster preparedness.