India   All India  23 Jun 2019  Man forced to rub nose on shoes after tiff at family function in MP
India, All India

The man has been missing since the incident unfolded. 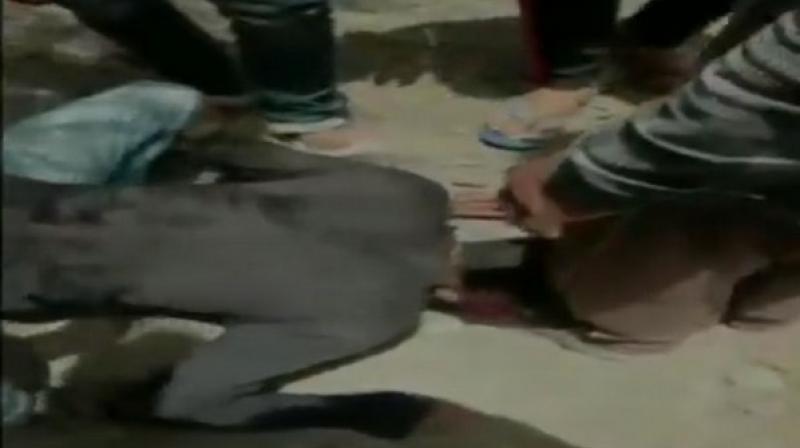 The entire incident was reportedly filmed by one of the accused which has gone viral on social media. (Photo: ANI)

Mandsaur: A man was forced to rub his nose on the shoes of those people who allegedly beat him after an argument broke out between them during a marriage ceremony in Mandsaur district.

The man has been missing since the incident unfolded.

The matter came to light on June 16 when the victim had gone to attend a marriage ceremony with his family in Nagar Pipliya village in Mandsaur district.

At the function, the man entered into an argument with some persons over the issue of water sprinkled at them. They allegedly thrashed the victim, who then fled to his in-law's place later in the night.

However, the accused persons found the man at the place and allegedly beaten him black and blue again.

The victim was surrounded and was made to rub his nose on the shoes of the accused persons. The entire incident was reportedly filmed by one of the accused which has gone viral on social media.

Meanwhile, the police said a search operation is underway to trace the man.

"We have received a video based on which we are identifying the culprits. An investigation is being done under the supervision of senior officials. Search is underway for the victim," Sub-Divisional Police Officer, Dilip Singh Bilwal, Mandsaur told reporters.