Son has scored more than 90 per cent in class10 board exams and wants to pursue science. 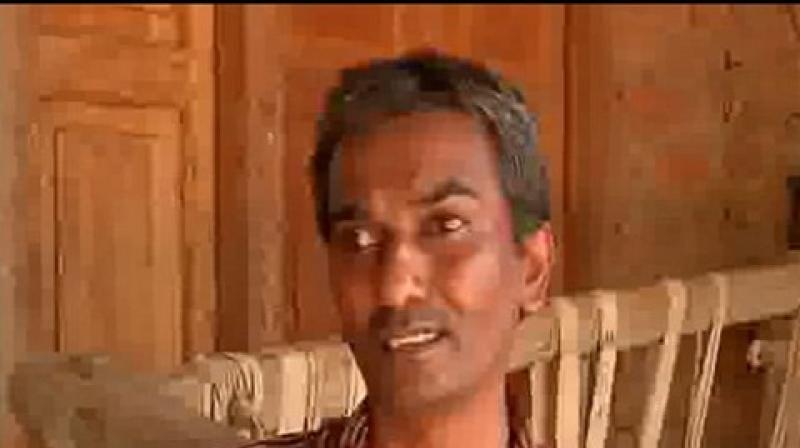 Divyang lost his eyesight in an accident before getting a job. This made him dependent on others and his family's survival became very difficult. (Photo: ANI)

Surat: A 'divyang' father from the Adivasi area of Vaansda Taluka is ready to sell his kidney to fulfill his son's dream to become a doctor.

Jayesh Patel, a resident of Upsal Village, completed his graduation in the year 1995 and started looking for a job for himself. But fate had different plans for him.

He lost his eyesight in an accident before getting a job. This made him dependent on others and his family's survival became very difficult.

As Jayesh's wife was the only bread earner in the family, it was hard for the family to make ends meet. Despite such circumstances, Jayesh decided to educate his son Sahil, who got admission in a nearby school.

After securing 90.59 percentile in his 10th board exam, the boy has now, with much difficulty, got enrolled in a new school as he wanted to study Science. Sahil's teachers have helped him in various ways until now.

However, finding it difficult to support his son's education, Jayesh has decided to sell off his kidney so that his son can fulfill his dream of becoming a doctor.

"I always knew my son is a bright child. He scored really well in Class 10 board exam. He wants to become a doctor but I am not able to assist him financially. Since I lost my eyes 10 years back, my wife has been taking care of the house. I have no other option now but to sell my kidney to see my son reaching the heights," Jayesh said while speaking to ANI.

So far Jayesh's family has not received any aid from the government.