Some IAF and MoD officers also booked over 2009 deal. 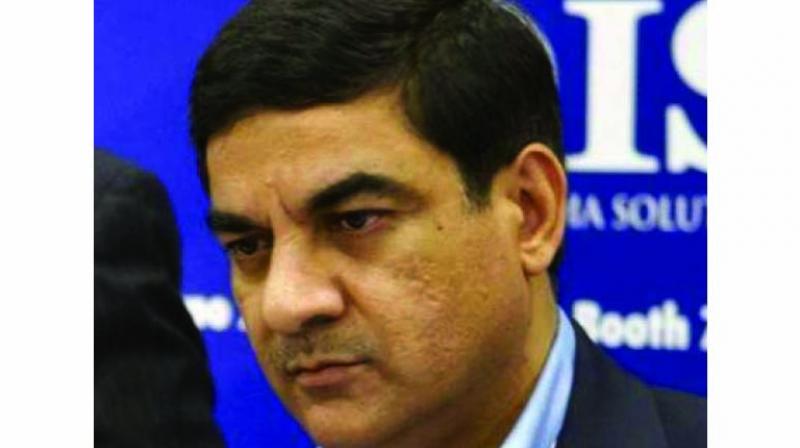 New Delhi: The CBI has registered a case against arms dealer Sanjay Bhandari and some others for alleged corruption in a case related to purchase of 75 Pilatus basic trainer aircraft for the Indian Air Force in the year 2009.

The deal was worth a whopping Rs 2,895 crore. As part of the investigations, the CBI on Saturday conducted searches at nine different locations in Delhi, Noida and Ghaziabad which included residence and office of Bhandari and the office of Pilatus.

Sources said during the searches, the investigating agency seized some important documents, hard disks  and some other electronic gadgets. CBI’s action comes following a detailed three-year long preliminary probe which revealed that a prima facie case of corruption was made out against the accused.

Other who have been booked by the CBI in the Pilatus deal case include some unidentified officers of the Air Force, ministry of defence along with Switzerland-based Pilatus Aircraft Limited. The Swiss company was one of the bidders for the contract which was floated in 2009.

According to the CBI, investigations so far have revealed that the company had allegedly signed a Service Provider Agreement with Sanjay Bhandari in June 2010, which was in violation of the Defence Procurement Procedure, 2008. This, the CBI claimed, was done to get the contract for supply of 75 basic Trainer Aircraft to the Indian Air Force. The CBI also alleged that the company apparently made a substantial payment to Sanjay Bhandari’s Offset India Solution Private Limited. The amount, officials claimed, was deposited in a  particular bank account in two instalments in August and October, 2010. The agency also alleged that an additional Rs 350 crore was also transferred in Swiss Francs between 2011 to 2015 in the bank accounts of Dubai-based Offset India Solutions FZC, which also belonged to Sanjay Bhandari.

The investigating agency claimed that Pilatus dishonestly and fraudulently signed a Pre- Contract Integrity Pact in November, 2010 with the defence ministry while deliberately concealing the facts about having finalised the Service Provider Agreement with Sanjay Bhandari. The company also did not reveal having made payments to Sanjay Bhandari’s companies in India and Dubai.

Officials suspect that part of the commission amount was paid to officials of Air Force and defence ministry for getting the contract for Pilatus which it finally got in May, 2012.

Apart from Sanjay Bhandari, CBI has also booked many of his companies.