14 killed, 50 injured as pandal collapses during religious programme in Rajasthan

Chief Minister Ashok Gehlot took stock of the situation from Jaipur and ordered a probe into the incident. 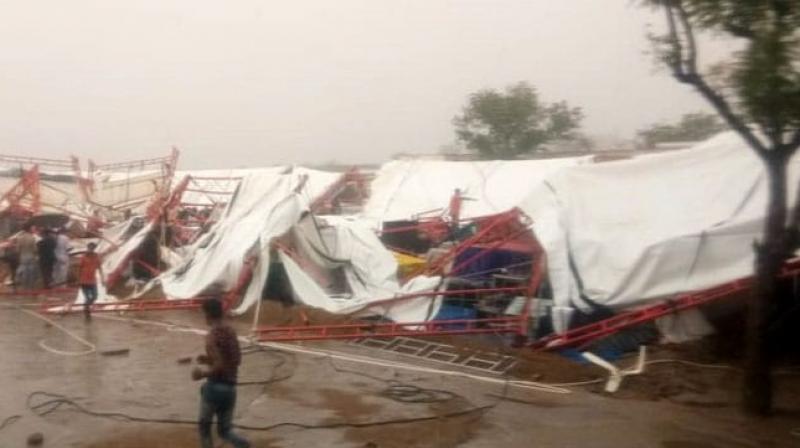 A 'Ram Katha' was organised at Jasol area of the district when the pandal was uprooted by strong winds. (Photo: ANI)

Barmer: At least 14 people were killed and about 50 injured after a pandal fell on them due to strong winds during a religious programme in Barmer district of Rajasthan on Sunday, police said.

He said the injured were rushed to different hospitals. Hundreds of people were attending the event. Chief Minister Ashok Gehlot took stock of the situation from Jaipur and ordered a probe into the incident. He also expressed grief and condoled the deaths. He said rescue operations were being done by the district administration.

Prime Minister Narendra Modi also condoled the incident. "Collapse of a 'Pandaal' in Rajasthan's Barmer is unfortunate. My thoughts are with the bereaved families and I wish the injured a quick recovery," the Prime Minister's Office quoted him as saying in a tweet.