Ajay Bisaria had to return despite having obtained all necessary permissions for the visit to Gurudwara in advance. 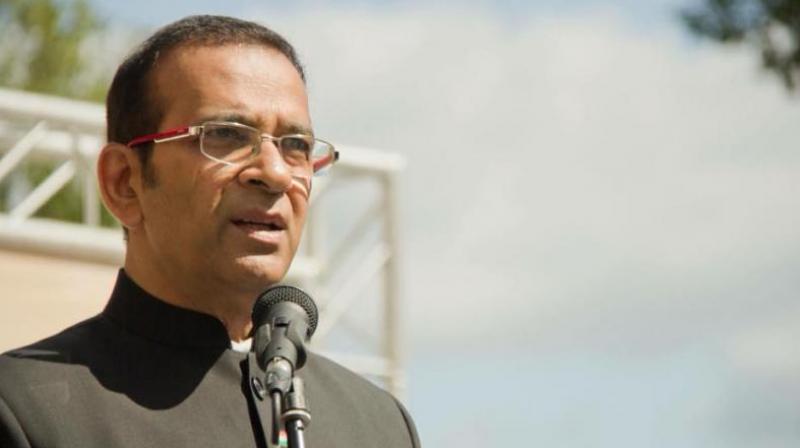 India's High Commissioner to Pakistan Ajay Bisaria, who was accompanied by his wife, was prevented from visiting Gurdwara Panja Sahib in Pakistan's Hasan Abdal on Saturday. (Facebook Screengrab/ Ajay Bisaria)

Indian officials said Bisaria, who was accompanied by his wife, had to return to Islamabad despite having obtained all necessary permissions for the visit to the Gurudwara in advance.

"The team could not meet the pilgrims on their arrival at Wagah Railway Station on April 12. Similarly, it was denied entry into Gurdwara Panja Sahib on April 14, for a scheduled meeting with pilgrims there. The High Commission was thus prevented from performing basic consular and protocol duties for Indian citizens," a statement issued by the Ministry of External Affairs (MEA) had said then.

On April 14, High Commissioner Bisaria, who was to visit Gurdwara Panja Sahib at the invitation of the Evacuee Trust Property Board (ETPB) Chairman, was suddenly asked to return while en route to the shrine, for unspecified "security" reasons.

High Commissioner Bisaria was compelled to return without meeting the visiting group.

Within the framework of the Pakistan-India Protocol on Visits to Religious Shrines of 1974, Sikh pilgrims from India visit Pakistan to observe various religious festivals and occasions every year.

On Friday, Pakistan had said that it had issued visas to over 300 Sikh pilgrims from India to observe the death anniversary of Maharaja Ranjit Singh at Gurdwara Dera Sahib, Lahore from 21-30 June 2018.