In 2018, about 75 hardcore militants have been gunned down till Friday. 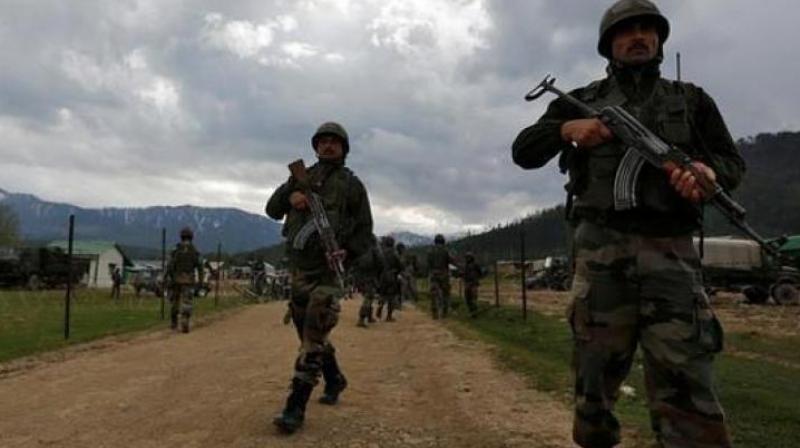 There are about 210 hardcore militants active in Kashmir now, of which about 126 belong to the HM while about 84 comprise men from the Lashkar-e-Tayyaba (LeT) and the Jaish E Mohammed (JeM). (Representational Image)

New Delhi: Of the 21 top wanted Kashmiri militants in the latest list of released on Friday, 11 are from the Hizbul Mujaheedin (HM), but the biggest outfit in the troubled state is running desperately short of money, weapons and ammunition even as a much harsher Operation All-Out is neing unleashed by the security forces, government sources familiar with the developments told this newspaper.

There are about 210 hardcore militants active in Kashmir now, of which about 126 belong to the HM while about 84 comprise men from the Lashkar-e-Tayyaba (LeT) and the Jaish E Mohammed (JeM).

“In fact, HM is finding it difficult to operate after the National Investigation Agency (NIA) has blocked the terror-financing chain. They are placing more emphasis on weapons snatching from the security forces as and when they can to get over the shortage,” a top government source familiar with the developments told this newspaper.

HM comprises local Kashmiris who are given a rudimentary form of weapons training in camps inside Kashmir before being pushed into operations against the security forces. Every recruit is given about Rs 3,000 on a monthly basis if he is a bachelor and about Rs 3,500 if he is a family man.

Despite the shortage, HM continues to dominate the militancy landscape because the leadership of the other outfits has almost been eliminated during the course of Operation All-Out that was launched more than a year back.

On the other hand, for the LeT, the second biggest outfit, weapons or money is not a problem as they are brought in by infiltrators. LeT cadres mainly hail from Pakistan-Occupied Kashmir or are Pakistani Punjabis.

In 2018, about 75 hardcore militants have been gunned down till Friday. On Friday, the authorities released a list of 21 militants. Of the 21, 11 are from HM, seven from LeT, two from JeM while one is from the Ansar Ghazwat ul-Hind.