The rarely-seen bird, a Peregrine falcon, is normally found in some parts of Pakistan and Afghanistan. 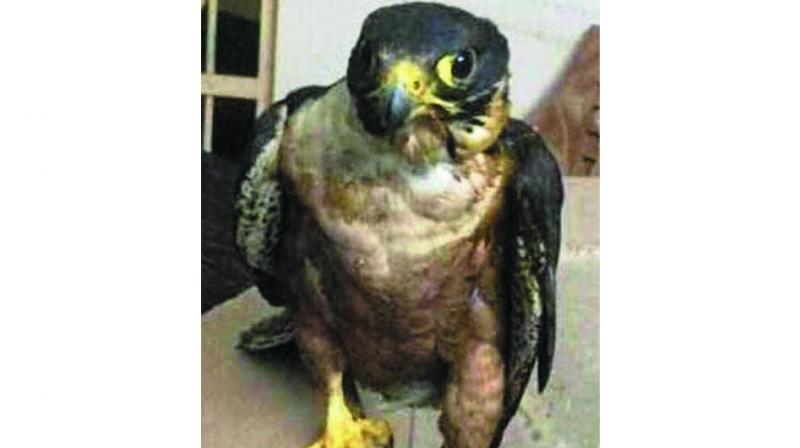 Bhubaneswar: The Peregrine falcon, a very rare bird, has now been added as a new member at the Nandankanan Zoological Park in Odisha’s capital.

The bird was rescued in Koraput district’s Semiliguda, and was brought to Nandankanan on Wednesday, the zoo authorities said on Thursday. Veterinary experts and professionals have started research on the bird after it reached here.

A few days back, the Peregrine falcon was rescued from a road near Semiliguda Press Club and handed over to the forest department.

As the bird was found to be a very rare species not usually found in Koraput, the forest department told with Nandankanan authorities.

Experts in the zoological park identified the bird as a Peregrine falcon. The bird was taken to Nandankanan by car after undergoing treatment in Semiliguda.

According to experts, Peregrine falcon species is normally found in some parts of Pakistan and Afghanistan.