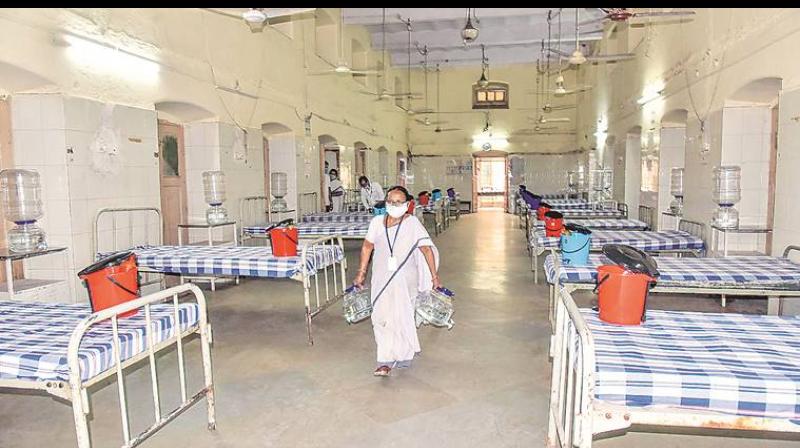 Government has decided to take control of 80 per cent of all private hospital beds in the state till August 31. (PTI Photo)

Mumbai: As the number of positive coronavirus cases is setting a new record daily in Maharashtra, the government has decided to take control of 80 per cent of all private hospital beds in the state till August 31 and also capped the cost of 270 procedures and surgeries, including cancer treatments. The state on Friday reported 2,940 new coronavirus patients, highest single-day spike till date.

Following complaints of exorbitant fees charged by private hospitals for treatments, the government issued orders on Thursday night stating the decision of capping treatment charges. It also said that the fee regulation decision applies to both isolation and non-isolation beds in private and charitable hospitals.

Non-government health care providers in Maharashtra have been asked to accommodate a maximum number of patients with 80 per cent of the operational bed capacity to be regulated by rates sanctioned by the government.

According to the government notification, healthcare providers may charge their own rates to the remaining 20 per cent beds. There will be no difference in quality of treatment in 80 per cent and 20 per cent categories, it said

For Covid-19 patients, there will be three rate slabs on a per day basis — `4,000, `7,500 and `9,000 — based on the category of wards they have been admitted in. For non-Covid patients, hospitals which have agreements with insurance companies will follow the rate of lowest slab irrespective of the category of beds occupied by the patient. If there is no agreement between the two sides, hospitals will follow slab-wise rates depending on beds in hospitals.

Meanwhile, with 2,940 new Covid-19 cases, the state tally is now 44,582 and 63 patients have succumbed to the deadly disease, taking the death toll due to the pandemic in the state to 1,517. This was the sixth consecutive day when the state reported more than 2,000 new coronavirus cases, a state official said. On Thursday, Maharashtra reported 2,345 positive cases with 64 fatalities. These numbers have built a pressure on the government and it has forced the state to take unprecedented steps.

Out of 63 deaths on Friday, 27 were reported from Mumbai, nine from Pune, eight from Jalgaon, five from Solapur, three from Vasai-Virar, three from Aurangabad city, two from Satara and one each from Malegaon, Thane, Kalyan-Dombivali, Ulhasnagar, Panvel, Nagpur.