With Corona picking pace, doubling rates gets halved Corona almost doubled from 1000 to 1939 in 8 days 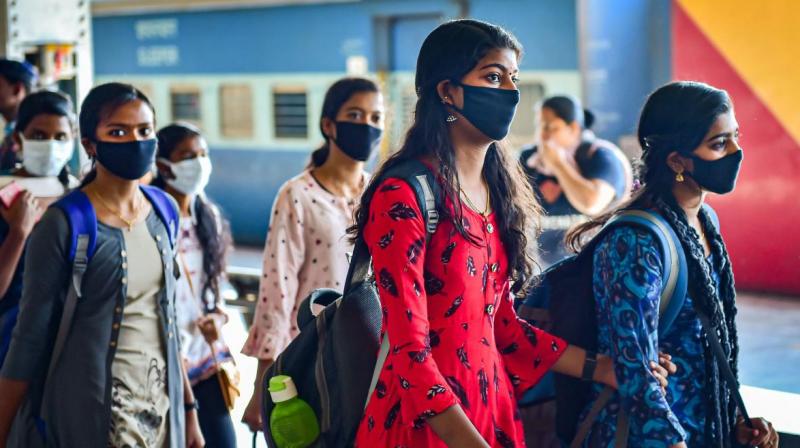 Bengaluru: A whopping 196 coronanvirus cases were reported in Karnataka on Saturday, sending anxieties soaring in the medical and executive establishments here. Going by the pace, the state is expected to cross 2,000 cases tonight or Sunday.

It took the virus 16 days to double its detected infections from 600 cases (May 2) to 1200 (May 18). But with the daily spurts of new cases topping 100 mark for four times this week, the state's doubling rate has fallen to eight days.

Staturday's spurt broke the previous record of 149 cases for a single-day surge.

The toll due to Covid-19 inched up with the death of an 32 year old male from Bengaluru. The toll is now 42.

The geographic distribution of the new cases is thus: 72 from Yadgir, 39 from Raichur, 28 from Mandya, 20 from Chikkaballapura, 15 from Gadag, 4 each from Hassan and Bengaluru, 3 each from Davangere and Uttara Kannada, 2 each from Dakshin Kannada and Kolar and one each from Belagavi, Dharwad, Udupi and Kalburgi.

All the 72 cases from Yadagiri, 37 out of 39 cases from Raichur, all 28 from Mandya, 20 from Chikkaballapura, 3 from Gadag, 4 from Hassan, 2 from Uttara Kannada, one each from Udupi, Bengaluru, Kalburgi, Dharwad and Belagavi, Dakshin Kannada are all returnees from Maharashtra.

One positive patient has infected nine of his primary contacts in Gadag.

The remaining three cases from Bengaluru are one returnee from Tamilnadu, one from New Delhi and one with Influenza like Illness.

The case of a government doctor at Moodigere which was a cause of concern for the locals has turned out negative.