The court also imposed Rs 1 crore fine on the firm, which was allotted Thesgora-B/Rudrapuri coal block in the state. 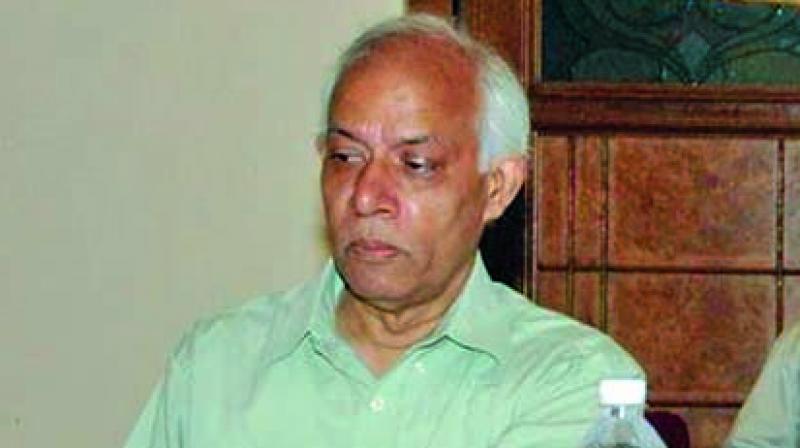 The court handed down the punishment to Gupta, who was the coal secretary from December 31, 2005, to November 2008, K.S. Kropha and K.C. Samaria, the then joint secretary and director respectively in the ministry of coal, for cheating, criminal conspiracy and corruption.

The court also imposed Rs 1 crore fine on the firm, which was allotted Thesgora-B/Rudrapuri coal block in the state.

Its managing director Pawan Kumar Ahluwalia was awarded a three-year jail for “misrepresenting” facts to the ministry of coal, which was then headed by Prime Minister Manmohan Singh.

Besides the jail term, special CBI Judge Bharat Parasher also imposed `1lakh fine each on the three bureaucrats convicted in the case. Ahluwalia has also been directed to pay a fine of Rs 30 lakh. While holding them guilty of multiple offences, the court held Gupta, Kropha and Samria guilty of having entered into a “criminal conspiracy” with KSSPL and Ahluwalia to commit “criminal misconduct “for securing the coal block.

All the convicts were, however, granted bail on a personal bond of Rs one lakh each and a surety of the like amount soon after the sentence was pronounced. They can now move the High Court in appeal. The court had on May 19 convicted all the five but acquitted chartered accountant Amit Goyal. It noted that Gupta made “dishonest misrepresentation” before the then Prime Minister. The court, however, gave a clean chit to Manmohan Singh, noting he had only acted on the the recommendations of the screening committee chaired by Gupta and that he had no reason to presume that the then coal secretary had recommended a non-compliant firm for coal block allocation. CBI had in October 2012 lodged an FIR in the matter, but on March 27, 2014, filed a closure report. The court had rejected the closure report on October 13, 2014 and summoned Gupta and others as accused.

The CBI had alleged that the firm had misrepresented its net worth and the existing capacity, adding that the state government had also not recommended the firm for the allocation of any coal block. The court had on October 14 last year framed charges against the accused. As many as 10 more such cases are pending against Gupta and the proceedings are going on separately. The Supreme Court had last year dismissed his plea seeking a joint trial in all these cases.  The coal block allocation scam along with the 2G spectrum scandal had rocked the Manmohan Singh government during its second stint.

The two scandals were said to have largely contributed to the ouster of the Congress-led government after an unbroken 10-year stint in power. Though the coal blocks were alleged to have been allotted under UPA I during 2004-09, a CBI probe was instituted in 2012. The scam came to light after the Comptroller and Auditor General of India (CAG) accused the government of allocating 194 coal blocks to public and private enterprises for captive use in a flawed and ad hoc way. The government auditor had claimed the companies allotted the blocks made windfall gains as there was no competitive bidding, resulting in a loss of Rs 1.86 lakh crore to the exchequer. Many companies were alleged to have sold the coal in the open market, while quite a few did not start operations.