India   All India  23 May 2017  Japan eyes investment in Northeastern states
India, All India 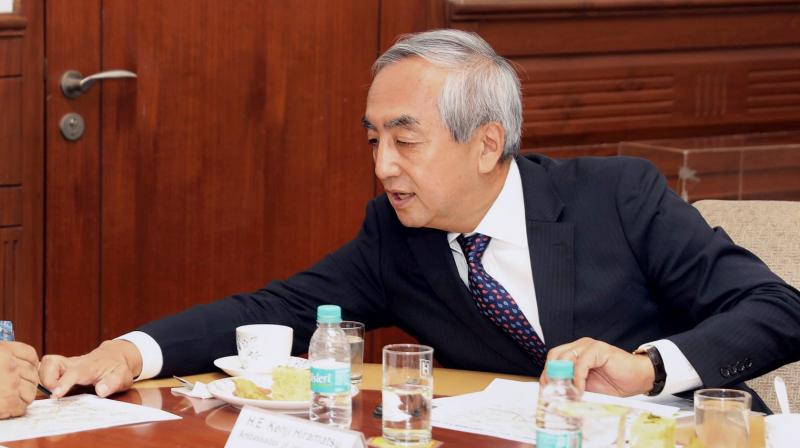 New Delhi: India’s strategic partner and China’s arch rival, Japan, has begun a major effort to strengthen linkages with India’s Northeastern states. The Japanese are wooing the Northeastern states with investment in infrastructure and are also re-visiting historical linkages that had seen the  being a major theatre of operations during World War-II between the invading Japanese and resisting British Indian Armies.

Japanese envoy Kenji Hiramatsu visited Imphal past weekend with 38 delegates from Japanese companies and other organisations being present on the occasion. However, while pushing for economic ties, the Japanese “pledged to never repeat the devastation of war”.

The Japanese interest in Northeastern states is significant, given the geographic proximity between China and these states. The Modi government has already mounted a massive effort to boost economic development in these states and the infusion of Japanese funds will double the progress.

Both the countries are strengthening cooperation at a time when New Delhi has boycotted Beijing’s recent One Belt One Road (OBOR) conference. Ties between China and Japan have also been frosty over maritime territorial disputes, with Beijing having often taunted Tokyo over the Japanese role in World War-II.

In a statement, the Japanese Embassy said, “Japanese Ambassador Kenji Hiramatsu made his second visit to Imphal from May 20 to 21. The primary object of the trip was to participate in the commemoration of the 73rd Anniversary of the Battle of Imphal, which was fought between the Japanese army and Allied forces in 1944. The commemoration was attended by 38 delegates from Japanese companies and organisations based in Delhi.

The Japanese Embassy added, “... On May 21, (Manipur) CM N. Biren Singh invited Ambassador Hiramatsu for a breakfast meeting. They had an exchange of views on various areas, including connectivity, tourism, environment, Japanese language training, as well as sports and cultural.”