India   All India  23 May 2017  'Fake degree' row back to haunt Smriti Irani as fresh petition filed
India, All India

Irani's educational qualifications came under scanner after she contested the 2004 and 2014 Lok Sabha elections. 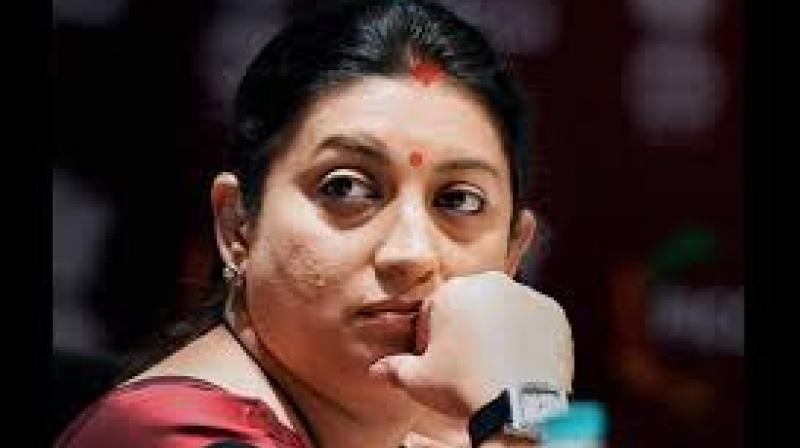 Petitioner Ahmer Khan had earlier filed a similar petition in a trial court which was rejected by it. (Photo: PTI)

New Delhi: A petition has been filed in the Delhi High Court on Tuesday against Union Minister Smriti Irani alleging submission of contradictory information regarding her educational degrees in different affidavits.

Petitioner Ahmer Khan had earlier filed a similar petition in a trial court which was rejected by it.

The trial court had observed that the complaint filed by Khan was intended to ‘harass’ the minister as the primary records of the Universities would have been lost due to passage of time.

The Delhi High Court has sought records of the case from the trial court.

The court has fixed the next date of hearing on September 13.

Irani's educational qualifications came under scanner after she contested the 2004 and 2014 Lok Sabha elections.

Section 125A of RPA deals with penalty for filing a false affidavit and entails a jail term of up to six months or a fine or both.

Metropolitan Magistrate Harvinder Singh reserved its order after the Election Commission filed the documents in a sealed cover relating to Irani's educational qualification submitted by her for contesting the 2004 general elections.

Irani had given information about her educational qualifications in affidavits to the Election Commission to contest various elections.

Following the court's direction, Delhi University had also submitted that the documents pertaining to Irani's B A course in 1996, mentioned by her in an affidavit filed during 2004 Lok Sabha elections, were yet to be found.