India   All India  23 Apr 2018  Rajasthan has its own Kathua, Unnao cases
India, All India

Rajasthan has its own Kathua, Unnao cases 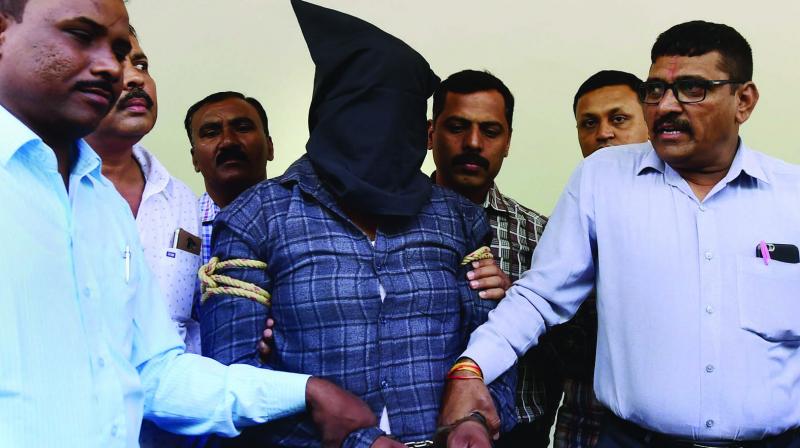 Jaipur: Crime against women and minor girls was a major issue in Rajasthan before Vasundhara Raje became the chief minister. The state’s national ranking in terms of sexual violence against girls in the past four years has “improved” — from 15th position in 2015 to sixth in 2016. However, there have been 9,178 cases of rape and sexual exploitation of minor girls since Ms Raje came to power and around 40% of these victims were less than 14 years.

In Ms Raje’s constituency of Jhalrapatan, a 12-year-old dalit girl was kidnapped and gangraped by four persons, including the former sarpanch and a head constable. Her family approached the Rajasthan high court for a CBI inquiry. The court summoned the DGP and chief secretary. The end result: the family was forced to flee from the village to save their lives.

But Vijay Goyal, coordinator, Rajasthan Child Rights’ Protection Joint Campaign, feels that the Rajasthan is comparatively better than other states. “The problem is actually at the police level. There is a need to sensitise the police force, especially constables, who harbour a male chauvinistic mindset,” Mr Goyal said.

Damini, a 11-year-old girl of a migrant family from Darbhanga in Bihar, was picked up by two men in Sikar. The day after, she was found in a very serious condition, 20 km from Sikar. The girl was referred to SMS Hospital in Jaipur and later to AIIMS, Delhi where she underwent treatment for two years. Damini underwent 20 major surgeries following her brutal rape in August 2012. Her tormentors, however, were arrested and convicted two years ago.

Unfortunately, the government lacks neither sensitivity nor urgency to deal with the issue. To cite an instance, when a 13-year-old girl was allegedly raped, abused, and blackmailed for more than one-and-a-half years by eight teachers of a private school in Bikaner, home minister Gulab Chand Kataria’s had this to say:  “It is unlikely that eight men rape a minor girl and she doesn't complain about it to anybody the same day. I am unable to understand it.” He added, “I am telling from many years of experience that even if one person rapes a minor, she would know what has happened to her.”

If the home minister of a state gives statements like this, how can the police investigate properly?

Dalit girl, Delta Meghwal, the 17-year old daughter of a government teacher was allegedly raped and killed in March 2016. Her body was found in a water tank of her college in Bikaner, which happens to be the constituency of Union minister of state for water resources, Arjun Ram Meghwal.  In sharp contrast to demand for a CBI inquiry in Kathua rape case, the BJP government in Rajasthan reluctantly agreed to a CBI inquiry in Meghwal’s case under pressure from dalit organisations, but it never took place. “The government acted under pressure as one of the accused was close to the RSS and the BJP. The case was neither strongly prepared nor vigorously pursued,” Leader of Opposition, Rameshwar Dudi, alleged.

Last year, two sisters (minor girls) were gangraped in Barmer. The probe report was changed seven times. The police closed the case despite confirmation of rape in medical examination.

In March this year, Rajasthan has become the second state after Madhya Pradesh to introduce capital punishment for rape of girls under 12 years. But what’s the use when there is one special court in the state to hear POCSO Act cases.

Last week, Justice Manish Bhandari summoned the chief secretary and labour secretary for not complying with the court’s directions on setting up of special courts and asked them to submit a road map in a month.