Will crack down on cow vigilantes: UP DGP

The DGP said that he was aware of the presence of IS sympathizers in the state and adequate measures would be taken to deal with the challenge. 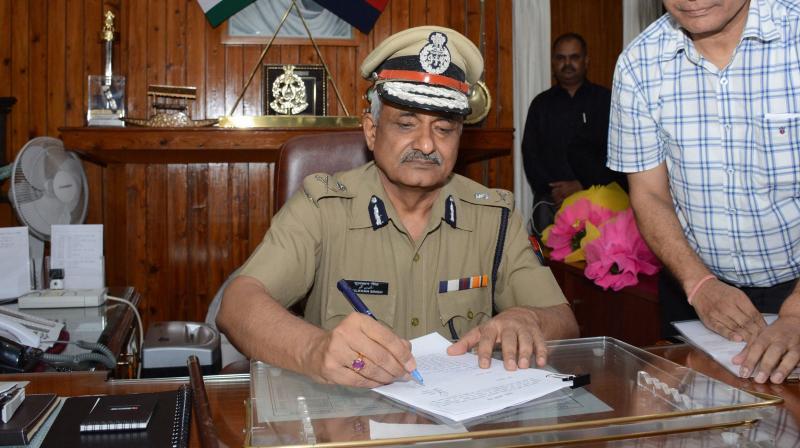 Lucknow: The newly-appointed director-general of police (DGP) Sulkhan Singh said that that no one would be allowed to take the law in his hands even if he happened to be a “gau rakshak” (cow vigilante).

Talking to reporters after taking charge, the DGP said that his emphasis would be on improving police-public relations but criminal elements would be dealt with seriously. Mr Singh, also the senior most IPS officer in the state, said, “Uniform action will be taken against those who break the law. There will be no bias and the guilty will be punished, irrespective of his political connections.”

The DGP said that he was aware of the presence of IS sympathizers in the state and adequate measures would be taken to deal with the challenge. Mr Singh was brought in as the new DGP on Friday night after an intelligence input said that terrorists could don saffron robes to gain easy access to target chief minister Yogi Adityanth. Mr Singh said that the UP police was on alert in the wake of the report.

It may be recalled that on March 8, an alleged member of the Khurasan module of the ISIS was shot dead in an encounter in Lucknow. Some others arrested later confirmed the presence if ISIS sympathizers in the state. Mr Singh added that his priority was to ensure the safety and security of the women in the state.

The DGP, who is due to retire later this year, said, “I have to prove my worth during this period”.