While Beijing is confrontational on Pak and Arunachal, it also wants Delhi’s backing. 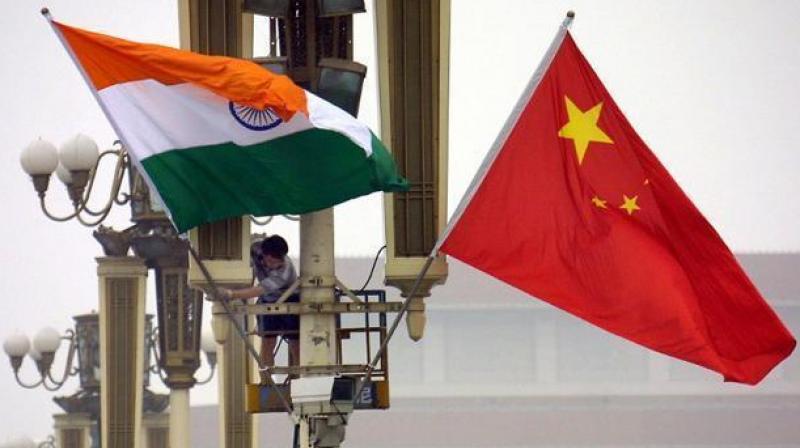 China is very keen that India attend a conclave on its One Belt One Road initiative in Beijing in May.

New Delhi: China seems to be pursuing a dual strategy when it comes to India — that of safeguarding the interests of its ally Pakistan even if it angers New Delhi, while at the same time trying to co-opt India for its ambitious global connectivity initiative, One Belt One Road (OBOR). The ministry of external affairs (MEA), recently confirmed that China had invited India to attend a major international OBOR conference in Beijing in May. New Delhi said the invitation was “under consideration”. But curiously, all this comes at a time when the Chinese dragon is breathing fire at New Delhi over the Dalai Lama’s recent visit to Arunachal, with the Chinese state-run media warning on Friday that India would pay “dearly” if it continued to play the Dalai Lama card.

Government sources said that China was extremely keen that India should attend the conclave despite Beijing’s ire at New Delhi over other issues. Speculation is rife that India may send a representative.

What explains this dichotomy in China’s approach to India? China will invest billions yuans in constructing a giant web of railways, waterways and highways as part of its mammoth initiative. China wants India on board to accord the move, which is seen by India as a unilateral Chinese move, more legitimacy globally. Considering the scale of investment that the Chinese plan to make, they are in no mood to rock the boat on OBOR, even indicating the economic benefits it would bring to India. New Delhi, meanwhile, is concerned, given its reservations on the much talked about China-Pakistan Economic Corridor running through Pakistan-Occupied Kashmir, which is widely regarded as being part of the OBOR concept.

As reported earlier, the proposed OBOR comprises two corridors, one on land, and the other maritime. The land corridors will be part of the Silk Road Economic Belt (SREB), with corridors through Central, West and South Asia which will link China with Europe. This is coined on the ancient Silk Road through which successive ancient Chinese empires traded with the Romans who greatly prized silk. The modern proposed SREB will forge China’s links with western Europe through Central Asia and Russia, and with the Mediterranean through West Asia.

Further, it will also ensure access to the Indian Ocean via the much shorter land route through Pakistan that passes through PoK, culminating in the port of Gwadar in Pakistan’s restive Balochistan province. The second part of the OBOR comprises an ambitious plan for sea routes connecting China with Southeast Asia and onward to Africa, supplemented by rail and road networks for which Beijing has heavily invested in the African continent.

China has recently lashed out at India on the Dalai Lama issue, blocked UN action against Pakistan-based JeM terrorist Masood Azhar, built pressure for Pakistan’s admission to the Nuclear Suppliers’ Group (NSG) if India is to be given admission, and ignored Indian concerns on the China-Pakistan Economic Corridor.

China had also said on Friday that it was its “lawful right” to go in for its recent move to standardise official names for six places in Arunachal Pradesh which it covets as South Tibet. New Delhi has held firm to its own position that Arunachal is its integral part.

In a stinging rebuke to China, the MEA had said, “Renaming or inventing names of towns of your neighbour does not make illegal occupation legal... Naming the town doesn’t alter the reality that Arunachal Pradesh is an integral part of India and it will remain so.”