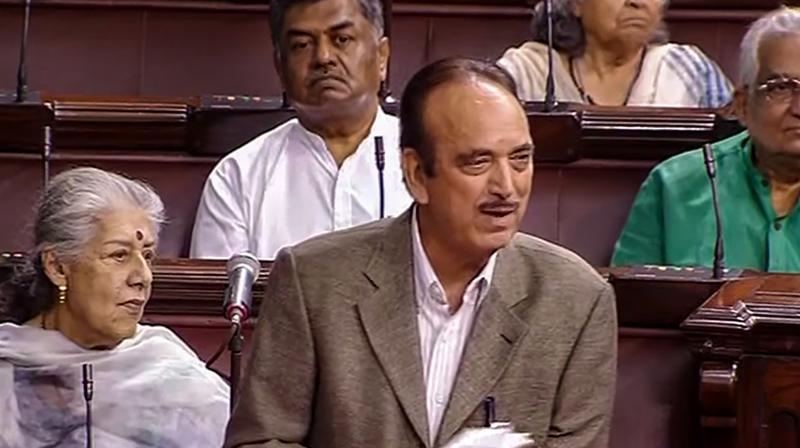 New Delhi: The Rajya Sabha on Monday bid farewell to 57 members, showering them with much sentimental praise.

Among the outgoing Rajya Sabha members are veteran NCP leader Sharad Pawar, who will retire between April and July, and the Congress member from Andhra Pradesh, K V P Ramachandra Rao.

Ramachandra Rao said in his farewell speech that he was going with a heavy heart as his dream of special category status for Andhra Pradesh has not yet been fulfilled.

Several others made similar wistful farewell speeches, such as AIADMK member Vijila Sathyananth, who demanded the Bharat Ratna for the late J Jayalalithaa.

One-third of the members of the Upper House retire every two years. These 57 Rajya Sabha MPs from 20 states will be retiring in the next three months. Some of them have been re-elected. A new crop of MPs will be elected on March 26 to replace the ones going home.

The others include Ramnarayan Dudi, Narayan Lal Panchariya Mahant Shambhuprasadji Tundiya, Satyanarayan Jatiya and Prabhat Jha from the BJP, and Mohammad Ali Khan, B K Hariprasad from the Congress.

"Membership of Parliament in general and the Rajya Sabha in particular is an honour that which comes with a unique set of challenges that call for significant accountability towards the citizens of our country."

Leader of the opposition Ghulam Nabi Azad said Parliament is like a family with deep bonding among MPs whether from the treasury benches or the opposition.

"Politicians are permanently temporary," he said in good humour.