The 23-year-old son of the Kothagudem DSP, S.M. Ali, has since tested positive for coronavirus 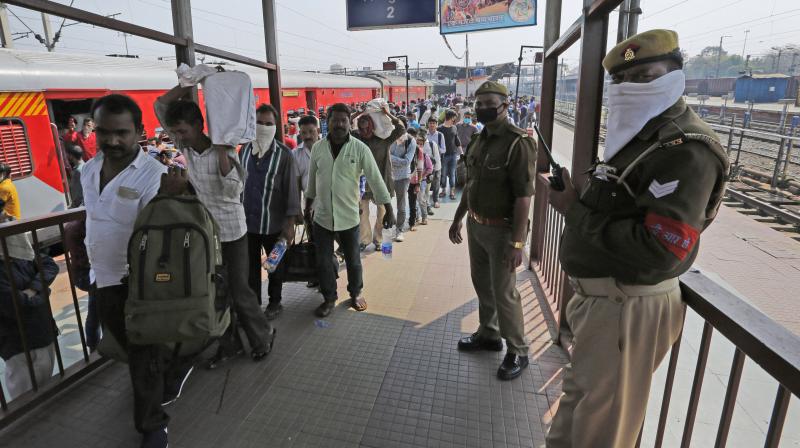 Embarrassments appear to be piling up for the Telangana State Government with respect to how individuals with influence, power and position in the government and administration continue to cock a snook at rules, regulations and guidelines with respect to prevention and spread of the dreaded Covid-19 disease.

The latest in a series of missteps that are likely to further establish in the public mind that VIPs would possibly be better off when it comes to coronavirus infections in the state, two gunmen, tasked by the State Police department to protect a deputy superintendent of police (DSP) in Bhadadri Kothagudem district, were actually put to work to help carry the luggage of the DSP’s son from a hospital in Kothagudem from where he was sent to Hyderabad with strong symptoms of Covid-19.

The 23-year-old son of the Kothagudem DSP, S.M. Ali, has since tested positive for the disease.

In a video clip of the young man leaving the Kothagudem hospital and getting into a 108 ambulance, he can be seen accompanied by two gunmen in safari suits. One of them, with nothing but a handkerchief tied over his nose and bare hands, can be seen carrying the now Covid-19 patient’s luggage and placing it in the ambulance after the young man, who recently returned from London, sits inside the ambulance.

Incidentally, gunmen provided by the police department to senior officials are meant for their protection and are not to be used as personal valets or servants.

As news of the Covid-19 positive test spread in Kothagudem, people began discussing how a senior police officer of the rank of a DSP flouted the State Government guidelines on quarantine procedures and took his son home instead of having him admitted to a facility run by the government.

It is learnt that Central Government officials have contacted the district collector and sought an explanation on this issue.

It may be recalled that just a few days ago, a Telangana Rashtra Samithi MLA Koneru Konappa had flouted quarantine guidelines and went about taking part in a series of public programmes in Kagaznagar immediately after returning from a trip to the USA along with his wife.

Meanwhile, with the DSP’s son testing positive for Covid, the two gunmen who appeared to have been at the hospital to serve the young man, are among those who were admitted to Mahatma Gandhi Memorial Hospital  in Warangal and kept under observation.

In all, 22 persons including the DSP are said to be among people with whom the Covid-19 patient, designated as Patient No. 26 by the State Health Department, was in close contact since his return from London on March 18. He first went to Khammam from Hyderabad and then to Kothagudem.