Some claim, according to astrology, clapping at the prescribed time will kill coronavirus 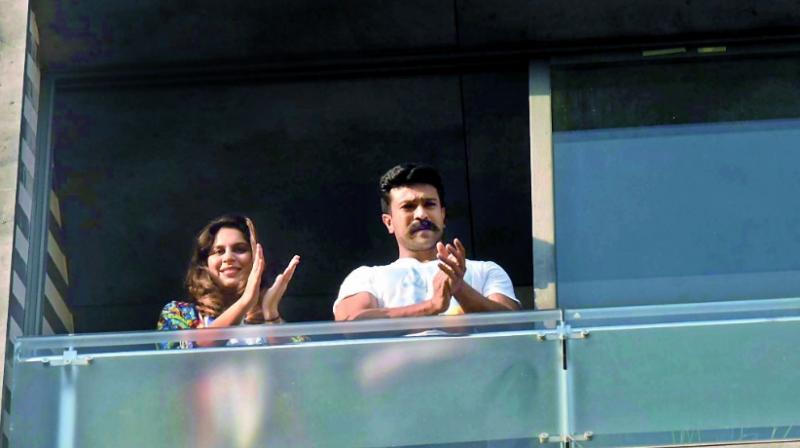 At exactly 5 pm on Sunday, thousands of people living all around the country clapped, and for some reason also rang bells and made noise with their silverware though the Prime Minister who had mooted this idea in his public address, had only asked people to clap. This clapping was a gesture meant to express gratitude to doctors, policemen and others working tirelessly during the Covid-19 outbreak. However, many citizens got the brief wrong.

Social media was flooded with messages claiming the gesture would have magical effects. Some claimed that according to astrology, clapping at the prescribed time would cause vibrations in the body and this would kill the virus within.

One message read: “At that time, the moon is passing to a new ‘nakshatra’ called Revati [...] The cumulative vibration will encourage blood circulation in the body.”
BJP leader Shaina NC tweeted that blowing a conch will have the same effect; her tweet was taken down after users reported it as misinformation.

In fact, there was even more dangerous misinformation floating around. The most commonly shared and believed theory was one that claimed the coronavirus couldn’t survive on its own for more than 14 hours, the duration of the Janata Curfew!

One elaborate message advocating this theory was presented in the form of a conversation with an NRI doctor calling his friend in India to appreciate the prime minister for his “greatness”. One version of the message read: “The man who gave Modi this advice should win the Nobel prize for Medicine”.

The idea seemed so amazingly apt to many celebrities, that they shared it on social media platforms! Actor-politician Rajnikanth, actor Mohanlal and singer Sonu Nigam were those who bought into this idea. Rajnikanth’s video appeared on Twitter which he claimed was taken down by Twitter for spreading misinformation.

The problem got so big that Union Health Minister Dr Harshvardhan tweeted against “anti-social elements” spreading such false information. He declared in stern words: “Social distancing must become a habit.”

Though these claims have been debunked endlessly by fact-checking websites (and anyone who has basic common sense), netizens weren’t willing to listen.
Soon after the clapping session ended, people started getting a new message.

It read: “NASA satellite’s live telecast has revealed that coronavirus is retreating from India thanks to people’s efforts at 5 pm.” The message claimed NASA’s “bio-satellite has shown Covid-19 strain diminishing and weakening” based on measurements of “cosmic waves”.

As often happens, the farrago of nonsensical claims hid the real purpose of the gesture.
Many didn’t realise that it was to thank the medical fraternity, build rapport among citizens and inculcate a sense of association in a population looking at a possible nationwide lockdown.

Some burst crackers and took out impromptu rallies in the streets shouting “Bharat Mata Ki Jai”. If such types prevail, the war against Covid-19 will be harder than it already is.