The 'Padyatra', which started at the varsity's campus, was organised by JNUSU and JNU Teachers Association. 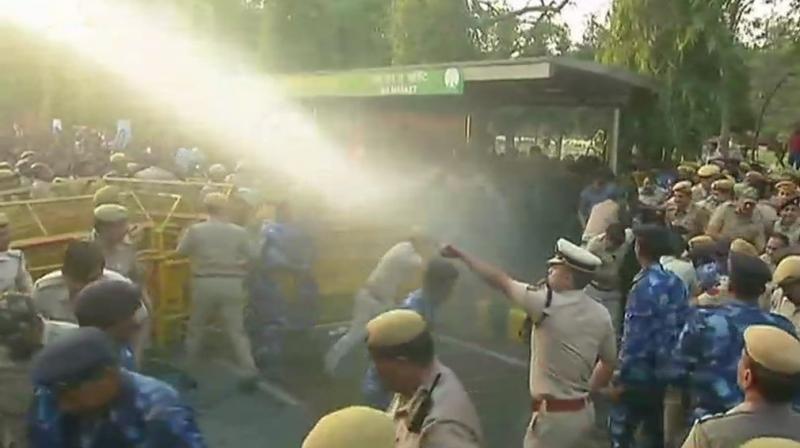 Police resorted to lathi-charge and use of water canons to stop the march towards Parliament. (Photo: ANI | Twitter)

New Delhi: A large number of JNU students and teachers were on Friday stopped from marching to the Parliament Complex over various demands, including academic freedom, with police resorting to lathi-charge and use of water canons.

The associations are demanding academic freedom, accessible and equitable education among others. The teachers' body had requested other associations to join the protest march.

Their other demands include withdrawal of the executive council decision to constitute a committee to take action against teachers and the immediate withdrawal of notifications replacing chairpersons who were opposed to implementing compulsory attendance.

The JNUTA had earlier launched a three-day 'Satyagraha' inside the campus to raise these demands.