All you need to know about Rajya Sabha elections 2018

Rajya Sabha members are elected for a six-year term. One-third of the members of the Upper House of parliament retire after every two years. 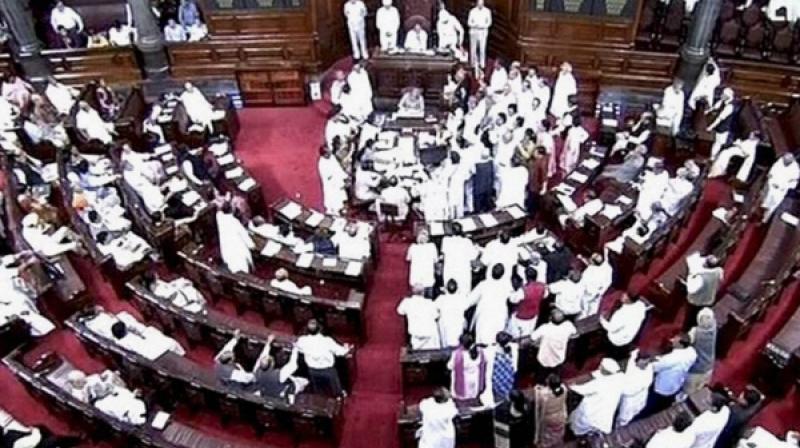 Rajya Sabha has a total of 245 seats and 126 seats are needed for a majority in the house. (Photo: File)

New Delhi: Elections for 25 Rajya Sabha seats will be held on March 23 to fill the vacancies that will arise after 58 members of the Upper House retire in April.

This time, the Rajya Sabha election will be held to elect members from 16 states.

Rajya Sabha has a total of 245 seats and 126 seats are needed for a majority in the house.

All you wanted to know about Rajya Sabha Election 2018

When and at what time is Rajya Sabha election 2018?

Voting will be held on Friday, March 23 between 9 am and 4 pm

Who can vote to elect Rajya Sabha member?

Elected representatives of state legislatures vote in elections to the Upper House.

Members of state assemblies elect Rajya Sabha members by a process of indirect voting in what is called proportional representation with a single transferable vote. Each voter ranks his preference, and if the first candidate on the list has enough votes to win or no chance of winning, the vote is transferred to the next choice and so on.

Rajya Sabha members are elected for a six-year term. One-third of the members of the Upper House of parliament retire after every two years.

When will Rajya Sabha election result be declared?

Counting of votes for Rajya Sabha election will begin from 5 pm onwards on March 23, 2018. Results are expected to will be announced the same evening.

Rajya Sabha elections 2018: How may seats in which all states have fallen vacant?

Rajya Sabha seats due to fall vacant in April are from 16 states. Here is the complete list of the states and the number of vacancies that will be filled

Rajya Sabha Election 2018: Voting in how many states?

For the 58 Rajya Sabha seats to be filled, 33 candidates from 10 states have been unanimously elected. Voting for the remaining 25 seats will be held in six states. They are: