6 killed in explosion in illegal firecracker unit in Bihar's Nalanda

The illegal factory was being run by a man identified as Mohammad Sarfaraz who was also badly injured in the explosion. 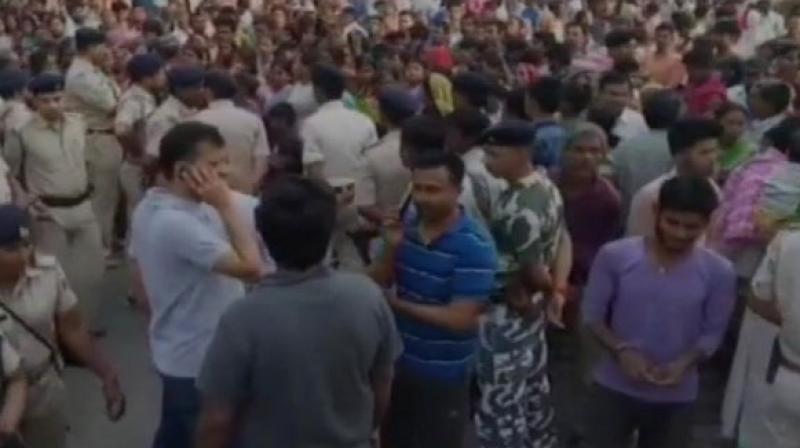 According to an eyewitness, local residents of the area had earlier alerted the police about the illegal factory but no action was taken against the owner. (Photo: ANI)

Patna: Six people including four children were killed in a powerful blast that occurred in an illegal firecracker factory in Nalanda district of Bihar.

According to news agency ANI, main accused and owner of the firecracker factory died during treatment.

The illegal factory was being run by a man identified as Mohammad Sarfaraz who was also badly injured in the explosion.

According to the police, his four minor children – Sumera, Taniq Fatima, Saista and son Sartaj died in the incident. The fifth victim has been identified as 30-year-old Munna Pandit who lived near the factory.

The police suspect that owner of the factory was manufacturing the crackers in large quantity to meet the market’s demand for Ram Navami festival which is to be celebrated on March 25.

Sources said that the explosion occurred while Sarfaraz was trying to light an incense stick.

The Nalanda police had registered an FIR against the factory owner.

Sources from Nalanda told this newspaper that the explosion was so powerful that some of the houses close to the factory got damaged.

The seriously injured has been sent to Patna Medical College and Hospital for further treatment.

According to an eyewitness, local residents of the area had earlier alerted the police about the illegal factory but no action was taken against the owner.

However, administrative sources told this newspaper that the SHO of the area has been put under suspension and investigation about his nexus with the owner of the illegal factory is also being probed.

Meanwhile, a two-member team has been constituted to monitor the investigation. An eight-member team from Anti-terrorist squad (ATS) was also sent to the blast site on Friday.

According to district administration, a team of forensic experts will also submit its report about the nature of the blast and explosives stored in the illegal firecracker factory.

“Forensic team will investigate the causes of the explosion and the nature of the material used in manufacturing the cracker”, Nalanda District Magistrate Thyagrajan SM said.